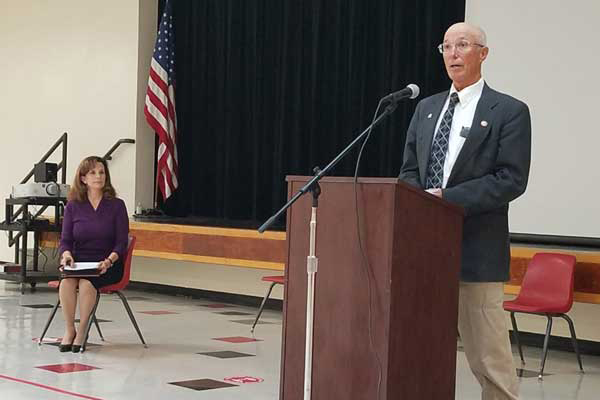 CLIFTON — The races in Greenlee County can’t be called just yet, with county officials saying there are between 500 and 600 early and provisional ballots remaining to be counted.

That count will take place Thursday, with results being posted to the county’s website by Friday.

Incumbent independent Ron Campbell was unchallenged in the Dist. 2 race.

Only 32 votes separate Republican incumbent Tim Sumner and independent Eric Ellison in the race for Greenlee County Sheriff. Sumner has 1,049 votes to Ellison’s 1,017. They are trailed by Democrat Larry Avila (718 votes) and independent Jaime Aguilar (260).