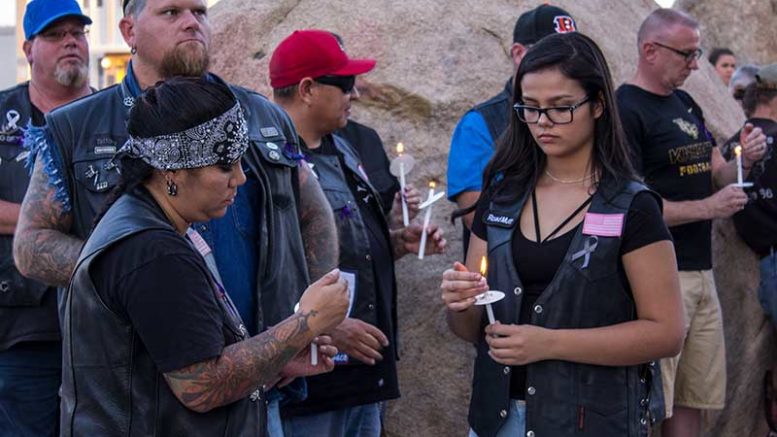 Brooke Curley Photo/Gila Valley Central: Despite the breeze, candles stayed lit for the inaugural vigil at the Graham County Courthouse on Thursday.

SAFFORD – The wind was a bit blustery Thursday afternoon, but numerous candles somehow remained lit in remembrance of those who lost their lives to overdose at the inaugural candlelight vigil at the Graham County Courthouse. 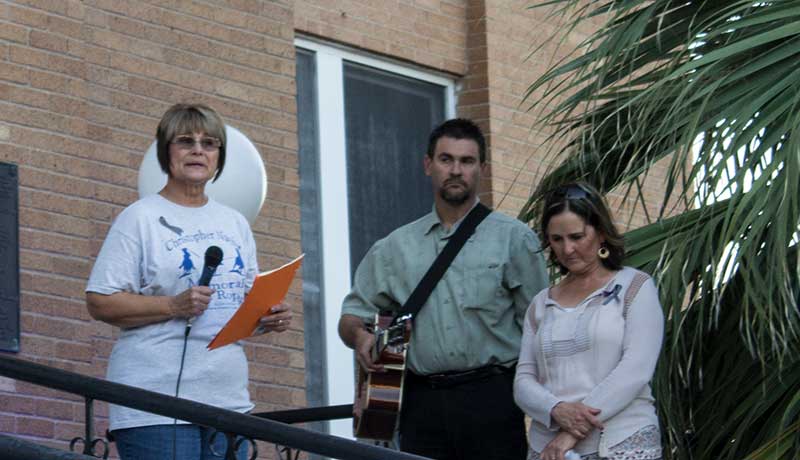 Brooke Curley Photo/Gila Valley Central: Jan Napier stands to the left as she speaks about her son’s overdose death and her personal journey of recovery.

Napier, whose son died of an overdose in 2012, was one of the last speakers. Napier described her son as a cowboy from the start, an athlete, an animal lover and a father.

“The last text I got from him was a picture of his little girl, telling me how much he loved his kids,” Napier said. “He was a normal guy, and I want you to know that addiction can happen to anyone.”

Napier said she still battles to recover from his death and has learned forgiveness, reliance on God, and finding the ability to love without expecting love in return.

“I’ve been in long-term recovery for 18 years for the family of addicted loved ones,” she said. “That recovery was so important to me when I lost my son. In recovery, I learned reliance on God, showing love toward others whether or not they were able to love me back. Today, I can fight back against this horrible addiction that stole my son and broke the hearts of myself and my family and so many of you by telling my story and by volunteering to be part of the solution and by taking care of my own recovery.” 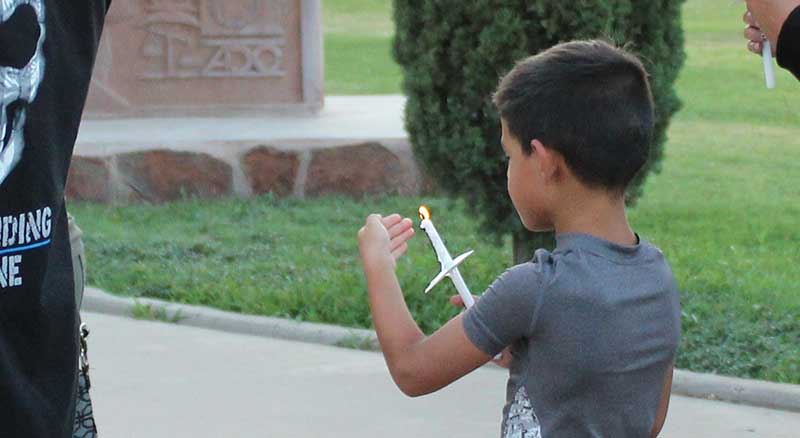 After the vigil, Judge Peterson told Gila Valley Central that he was pleased with the number of individuals who came to the event. Also, Peterson said he was happy to see so many individuals of diverse backgrounds in attendance. Peterson stressed that everyone can make a difference in the fight against drugs.

“We all can make a difference in a positive way, especially with respect to our children and other young people with which we have contact,” Peterson said. “It’s my belief that we can and must speak out to children and grandchildren and others to be able to help them understand that they have a choice and they can choose not to begin to use substances and to abuse those substances, and that path will lead to misery every time.” 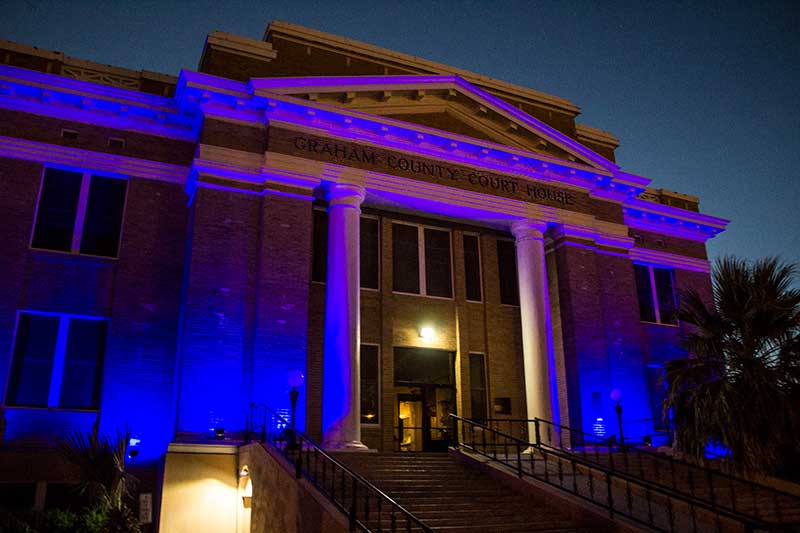 Brooke Curley Photo/Gila Valley Central: The lights on the Graham County Courthouse were switched to purple in honor of National Recovery Month.

Safford Police Chief Joe Brugman told Gila Valley Central that there is hope in the community when it comes to the fight against drug addiction. According to Brugman, crime has decreased, indicating that the amount of drug use is also decreasing.

“We continue to see a downward trend in crime, which is a barometer of the drug use in town,” he said. “Working together, it’s something we can have an effect on. Through education and fair treatment and programs, we can make headway. We can make positive change.”