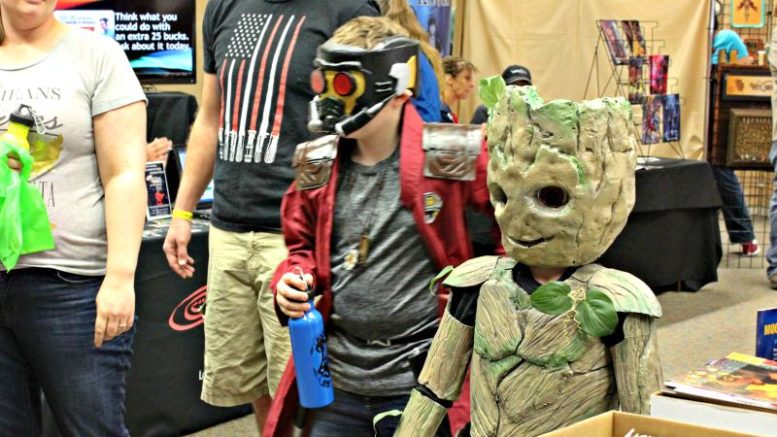 The inaugural Gila Valley Comic-Con lasted an entire day on Saturday, located at the Eastern Arizona College Activities Center. With a five dollar admittance at the door, con-goers were able to browse booths set up by graphic artists, jewelry makers, comic-shops, and even participate in costume contests. There were so many costume contestants that the participants had to be split into four groups. The children costume contestants strutted their stuff first on the boardwalk. The winners of the children competition were brothers, dressed as Groot and Starlord. The children contestant winners, Jasper Lemley(Groot) and Alexander Lemley(Starlord) were wearing homemade costumes that took roughly 3 months to complete and were constructed by their father, Justin.

Justin Lemley told Gila Valley Central that the entire family had dressed up as the Guardians of the Galaxy and that the costumes were surprisingly made out of gym mats and foam.

“It took roughly three months. The sewing on Starlord was a little more difficult, I’m not used to sewing,” Justin said. “The helmet was made of expanding foam and the body (Groot’s body) was made out gym mat material that I carved.”

The winner of the teen costume contest was Cathren Allred, for her Ladybug costume. For his depiction of Dr. Strange, Mathew Leavitt took home the first prize for the adult division. In the group division, Melanie Russel and Scott Russell won first place for their Han Solo and Storm Trooper kissing couple. 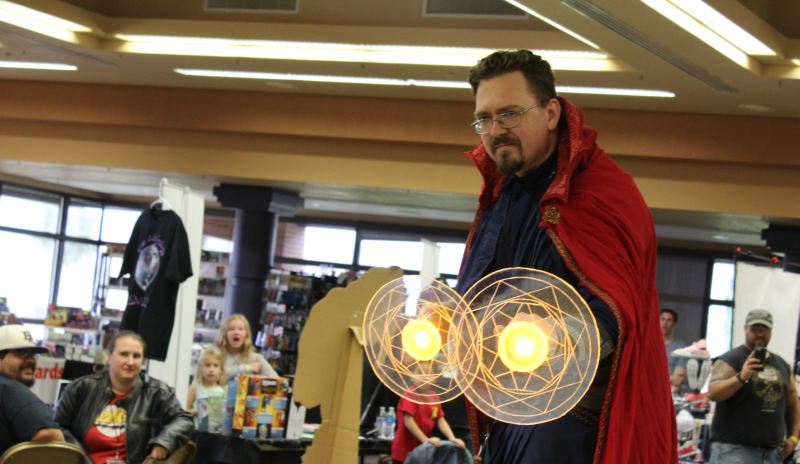 Ben Crandle, who came to the comic-con dressed as M. Bison from the game, Street Fighter, told Gila Valley Central that he had built his costume out of hard foam that had been melted to shape. Crandle had to special order the hat online, but he built the rest of the costume by himself. Crandle told Gila Valley Central that he had never gone to a comic-con but wanted to, and was happy with the event as a whole. 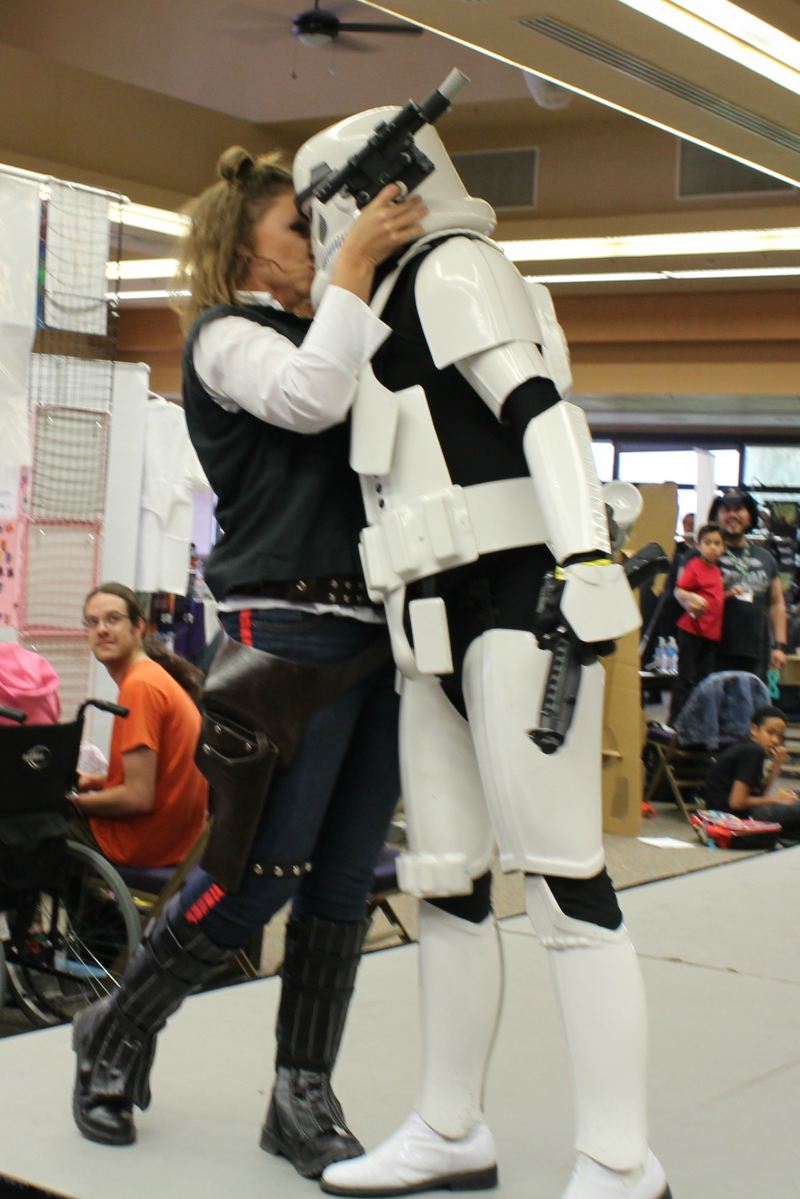 “I’ve never actually been to a comic-con before, and I wanted to look cool like those guys in the video games who look really cool, so I was like why not? It’s awesome. We had the costume contest, I thought that was cool. Everyone was involved with it, the vendors up there selling all sorts of stuff,” Crandle said. “It’s a small town so it’s not going to be a massive comic-con like in California, but I think it was good for what we have here. It got a lot of people out of their comfort zone, got some people who aren’t in the geeky-nerdy group out here, like what’s going on campus?” 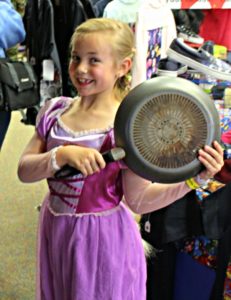 Along with the costume contest, the comic-con also featured a comedy show and panels on various topics including Cosplay and Star Wars. A table was set up in one room specifically for Magic card game players as well.