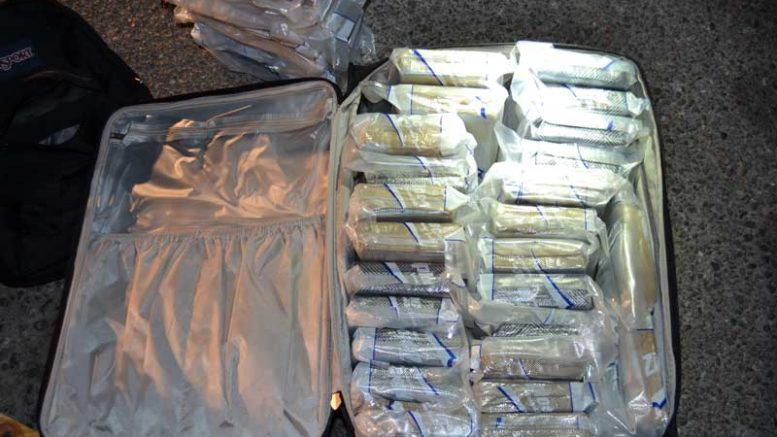 Contributed Photo/Courtesy HSI: A large amount of cocaine was found hidden in a Coke machine as part of a multi-state drug trafficking ring that was dismantled by HSI agents.

The July 10 arrests are the latest developments in a nearly three-year investigation that resulted in a multicount indictment issued June 28, by a federal grand jury in the District of Arizona. The defendants face a myriad of charges including, money laundering; possessing, manufacturing, and selling illegal drugs; and identity theft. 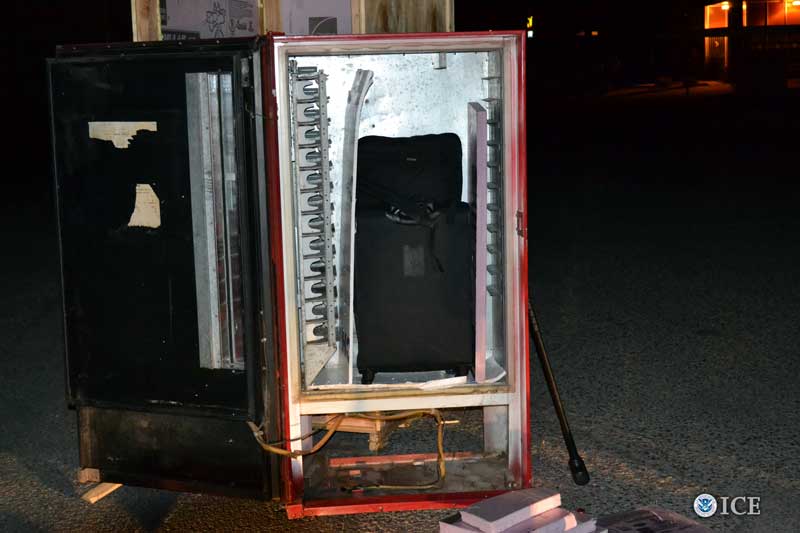 Contributed Photo/Courtesy HSI: Packages of cocaine were found hidden in this Coke machine as part of the bust.

“The accused ran a large interstate drug trafficking organization that flooded our streets with drugs. HSI and its law enforcement partners will stop at nothing to ensure they face justice,” said Scott Brown, special agent in charge for HSI Phoenix. “We remain committed to ensuring the safety and security of our communities.”

To date, the probe has resulted in a total of nine arrests, along with the seizure of more than 85 pounds of cocaine, 17 vehicles, eight properties estimated to be worth over $2.5 million, four bank accounts, and more than $145,500 in U.S. currency. 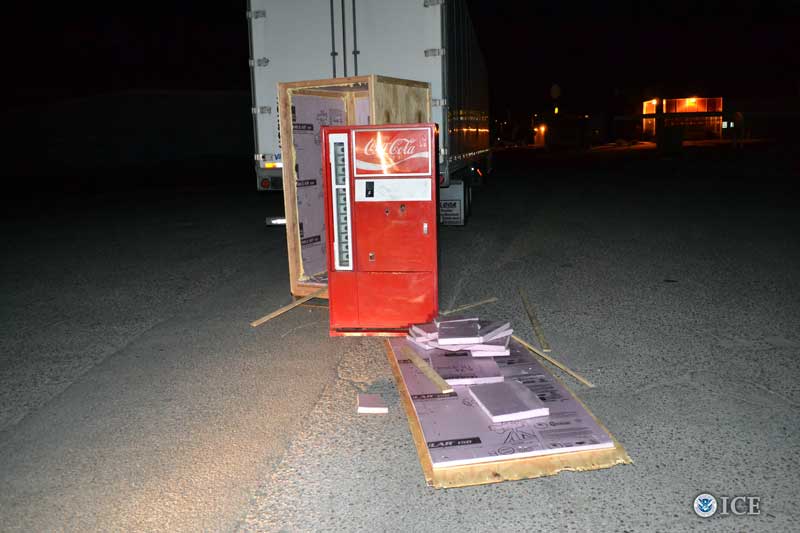 Contributed Photo/Courtesy HSI: Ironically, the cocaine was located in this Coke machine, which originally had trace amounts of the drug in it when first manufactured.

This case is part of the ongoing efforts of the HSI Tucson Border Enforcement Security Task Force (BEST).

Due to the nature of the alleged crimes committed, the defendants face significant prison time. This case is being prosecuted by U.S. Attorney’s Office for the District of Arizona.

HSI encourages the public to report any suspicious activity through its toll-free Tip Line at 1- 866-DHS-2-ICE or by completing its online tip form. Both are staffed around the clock by investigators. From outside the U.S. and Canada, callers should dial 802-872-6199. Hearing impaired users can call TTY 802-872-6196.

HSI Phoenix arrests man for sex crimes against a minor