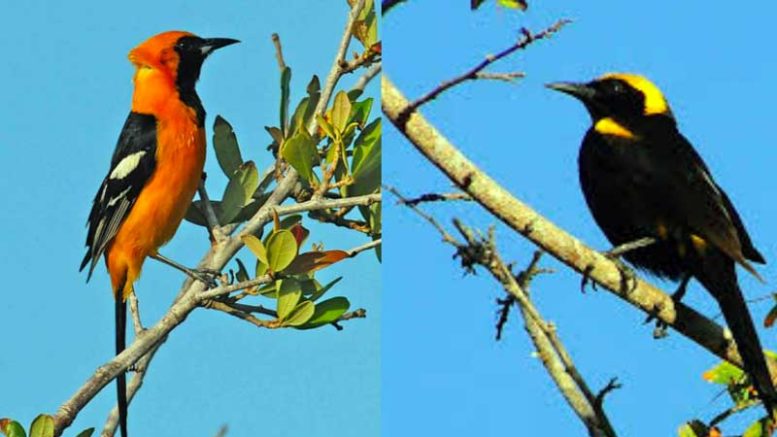 SAFFORD – Seems my home in Safford has evolved into a wildlife sanctuary, particularly when it comes to attracting members of the avian family.

Ordinarily, mourning doves are the birds of choice. They’re everywhere – in trees, under eaves, resting in flower pots or tussling with each other in the middle of the street. It’s incredible how many there are. 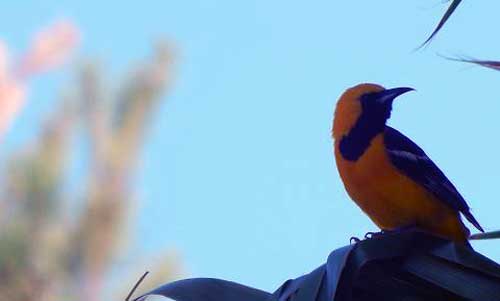 Of course, with such an abundance of feathery creatures, the anticipated predators are also lurking in the neighborhood. Cats and hawks regularly patrol in search of a fresh dining experience. While their efforts are usually rewarded, it seems the doves are continuing to gain in population.

However, for the second year a new little bird has moved into the vicinity – or at least I didn’t notice its presence until last spring and summer. Even then, I wasn’t sure what it was because I hadn’t actually seen it before; only its nest suspended beneath one of my palm tree branches. A nest, incidentally, unique in construction and placement.

At this point, I still wasn’t certain what kind of bird it was until May of this year when I first observed a couple of small yellow and black birds skipping from tree to tree. This went on for several weeks before I finally spotted two intricately woven nests precariously hanging below some palm prongs. 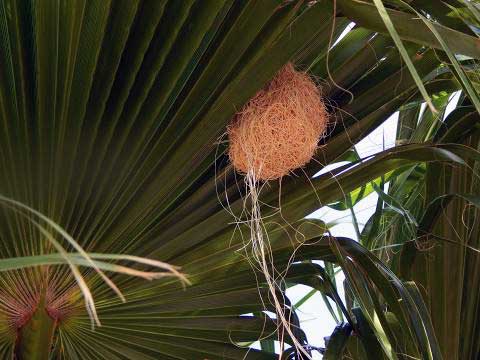 Now that I knew what to look for I retreated to my trusty laptop and googled “small yellow bird with black wings, tail, and throat.” Several images soon appeared before I narrowed it down to the hooded oriole. Convinced I had the right suspect, I continued my research in preparation for this article.

Hooded orioles (Icterus cucullatus, for you more advanced aficionados) is a medium-sized bird living along the southwestern U.S. border in California, Arizona, New Mexico and Texas during the spring and summer months; returning to warmer climes in the winter. They are permanent residents in the southern portion of the Baja peninsula and along Mexico’s southeastern coast and Belize.

The males of the species are the more attractive having a bright yellow to yellowish-orange head and underparts with black on the face and throat.  Wings and tail are also black. Females are olive-green on the upper parts with yellowish hues on the breast and belly. 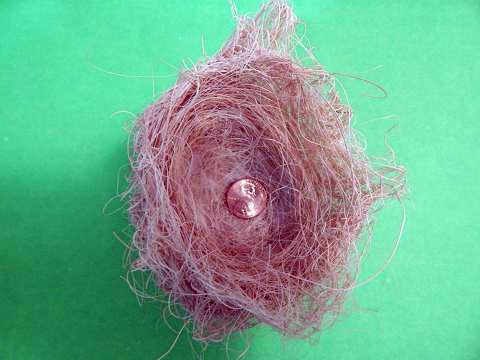 They are migratory – traveling to southwestern areas of the United States in the spring and summer to breed and raise a family then returning to Mexico in the fall and winter months. A few will remain in certain areas of the U.S. if sufficient water (unfrozen) and food – insects, nectar, and fruit – is available. Hooded orioles will also visit hummingbird and bird feeders.

I don’t believe the little birds are permanent residents of southeastern Arizona as it gets too cold here in the winter and there are few flowering plants and bugs to eat.

Their nests are a fascinating example of Mother Nature’s ability to construct highly complex things from ordinary materials. Palm trees seem to be one of their favorite nesting sites. Unlike doves, whose nests are hastily thrown together with a few twigs and pine needles or what ever is available, hooded orioles patiently build a tightly woven pouch from thread-like palm leaf fibers. Resembling a ball of twine, the nests are suspended from the underside of a palm leaf, giving additional shelter to the tiny inhabitants. It’s quite a remarkable achievement and, as I learned, one of the most complex nests in the avian world.

One other thing, during my investigation I read the guy builds the nest to attract a girlfriend. Then, another source indicated the female constructs the home with the assistance of the future father. However, both mom and dad take turns feeding the youngsters. Further evidence that even in the bird kingdom a man’s gotta do what a man’s gotta do when looking for love.