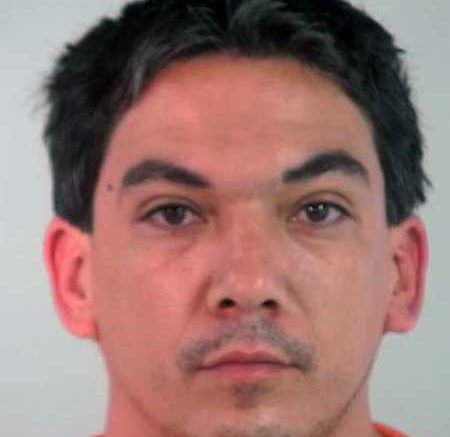 Contributed Photo/Courtesy GCSO: Luis Hernandez, 35, was arrested on two counts of assault after allegedly beating a man and woman in a dispute over a sleeping bag at Firth Park.

SAFFORD – A homeless man had to be transported to a Tucson hospital after suffering an orbital fracture during an altercation involving a sleeping bag at Firth Park on Saturday night.

A second homeless man, Luis Hernandez, 35, was arrested after the incident and booked on two counts of assault and released the following day.

A Safford officer was initially dispatched to the Circle K at 1123 W. Thatcher Blvd. at about 7:36 p.m. after the clerk informed County Dispatch that a man with a bloody nose entered the store and requested police assistance. The officer then responded to Firth Park adjacent to the store and located two victims sitting on a bench near the facility’s restrooms.

The male victim was bleeding from his nose and his right eye was nearly swollen shut, according to the report. The female victim said she had been kicked in her stomach and chest and also complained of injury.

Both victims pointed to a nearby man lying under a sleeping bag as their attacker. The subject was later learned to be Hernandez.

The male victim said Hernandez took his sleeping bag and when he confronted him about it Hernandez repeatedly struck him in his face. The female victim said she then confronted Hernandez for assaulting the man and he responded by pushing her down and kicking her. Both victims were transported to Mt. Graham Regional Medical Center (MGRMC). The male victim was found to have an orbital fracture and was then transported to a Tucson hospital for further treatment.

The officer asked Hernandez about the assaults and the suspect allegedly denied attacking anyone. Hernandez also refused to give his name and age and yelled at the officer for “assaulting” him.

Hernandez was then placed under arrest and was transported to the Graham County Jail. During booking, however, Hernandez appeared to be under the influence of alcohol and refused to provide the jail with a required breath sample. The jail then required Hernandez to receive medical clearance from the hospital prior to being booked.

While en route to MGRMC, allegedly confessed to the assault and said, “I didn’t mean to hurt no one.” He then refused to cooperate and had to be carried to the officer’s patrol vehicle to be transported to the hospital.

After being medically cleared, Hernandez was transported back to the jail and booked for the assault.