Brooke Curley File Photo/Gila Valley Central: Lawrence Halamek walks out of a plea agreement hearing in January. On Tuesday, Cochise County Superior Court Judge James Conlogue accepted Halamek’s plea of guilty to one count of custodial interference and sentenced him to three years on probation. Afterward, however, he was picked up by federal agents and taken to Tucson.

SAFFORD – After 85 days in jail for his admitted custodial interference charge, Lawrence James Halamek, 34, tasted his freedom for only a minute Tuesday, before being placed into the custody of U.S. Federal agents. After serving his time in jail and receiving probation in Arizona, he now faces a minimum of 10 years in federal prison if convicted on a federal charge.

The state of Arizona said Halamek crossed the line when he picked up a 12-year-old girl from her bus stop for an outing without her parents’ permission, but the bigger line was what he crossed when he possibly inadvertently went over the state line with her into New Mexico in the Mule Creek area.

Cochise County Superior Court Judge James Conlogue accepted Lawrence James Halamek’s guilty plea Tuesday afternoon to one count of custodial interference, a Class-5 Felony, and sentenced him to three years of probation, which was recommended in the pre-sentence report. Judge Conlogue stressed therapy and medication would be essential for Halamek to succeed on probation.

Halamek, 34, was arrested after an Amber Alert was issued Dec. 5, 2016, when 12-year-old Savinya Kimball went missing from her school bus stop. Halamek reportedly picked up the juvenile in his blue Dodge pickup truck and took her into a mountainous region of New Mexico. After his truck broke down, the pair stayed the night and then began walking back to Arizona, according to statements made to authorities. Officers received several tips the morning of Dec. 6 that Halamek and Kimball were spotted walking along Highway 78 in the Mule Creek area of New Mexico, and a Grant County Sheriff’s officer located the pair and took Halamek into custody. No evidence was found or given that Halamek injured Kimball in any way. 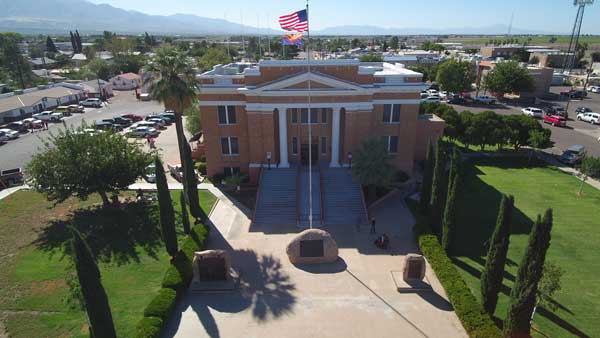 Jon Johnson File Photo/Gila Valley Central: Halamek appeared in the Graham County Courthouse and was released on probation but was then picked up by federal agents.

Halamek previously pled guilty in January and early February to one count of custodial interference. The plea left sentencing discretion up to the court, which ranged from probation to up to 2.5 years of incarceration.

Judge Peterson expressed in court that he believed Halamek’s available punishment did not fit the crime and that he should be incarcerated for longer than the plea allowed him to sentence. In contrast, Judge Conlogue ordered Halamek to serve just a 90-day sentence – also recommended in the pre-sentence report – and, with credit for 85 days already served, Halamek was released directly onto probation.

“I do accept the plea of guilty,” Judge Conlogue said. “Treatment will be the simple focus of this probation.”

During sentencing, Halamek’s mental health was brought to the attention of the court. It was advised that Halamek suffers from Bipolar Disorder and Impulse Disorder. He also has a brain tumor, which was caused by his abuse in childhood. However, according to reporting detention officers, Halamek is responding well to treatment and therapy.

When asked if he had any statements to the court, Halamek was apologetic.

“I would like to say that I’m sorry for what I did,” he said.

Things looked good for Halamek as he prepared to be released from jail custody, then two FBI agents with a federal warrant appeared and his elation turned to horror.

The agents provided a warrant for Halamek’s arrest on a single charge, Title 18 U.S.C. 2423a, alleging Halamek transported the 12-year-old girl across state lines for the purpose of illegal sexual activity. A forensic analysis of the child after she was picked up by the New Mexico police did not show any recent sexual harm and she denied being the victim of such.

According to the U.S. Department of Justice, Title 18 U.S.C. 2423a states that it is “a crime to transport an individual or a minor across state lines for the purpose of prostitution or any other illegal sexual activity.” The penalty for a guilty verdict on that charge is a minimum of 10 years in prison up to a life sentence.

The FBI agents took custody of Halamek and transported him to an unnamed facility in Tucson. The U.S. District Attorney’s Office in Tucson is handling prosecution, and the hearings will take place in the Evo A. Deconcini U.S. Courthouse in Tucson.

“From this point on, other than our need to testify as needed, it is now in the hands of the U.S. District Attorney’s Office out of the Tucson area,” said Graham County Undersheriff Jeff McCormies. 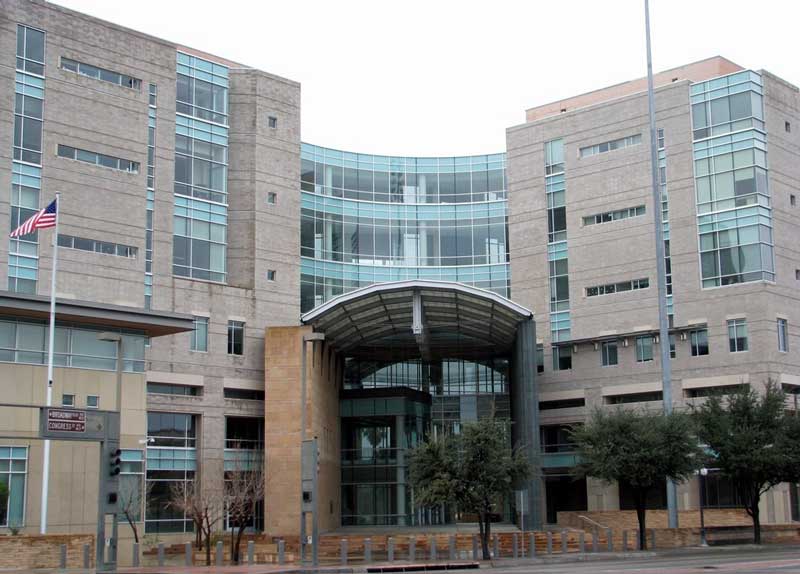 Lawrence Halamek will now be adjudicated at the Evo A. Deconcini U.S. District Courthouse in Tucson, where he faces a minimum of 10 years in prison if convicted.