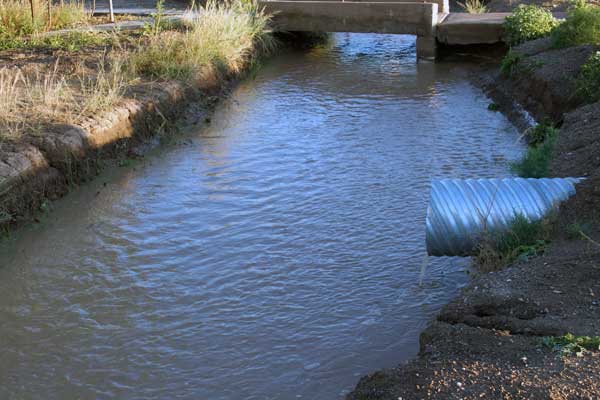 Jon Johnson Photo/Gila Valley Central: Canals and washes filled up in Pima on Friday as hail and rain inundated the town.

PIMA – While the town of Pima was spared from damage from last month’s horrendous hail storm in Safford, the two exchanged places Friday as Safford only saw sprinkles and hail and rain pounded Pima.

The storm was much less severe than the Safford storm, however, and only localized flooding was reported as of Friday afternoon. The storm blew through Pima on its way northward, and struck from about 10 a.m. to 12 p.m.

While the storm did generate hail, it was the quick amount of precipitation that came down that caused the problems. Local rain gauges measured roughly three inches while the University of Arizona Meteorological Network Safford Agriculture Station east of Safford measured only half an inch.

While it wasn’t nearly as bad as the Safford storm, the hail and rain pounded some local cotton crops, but most fields have already been picked and the ones that haven’t appeared to have weathered the storm with minimal damage. 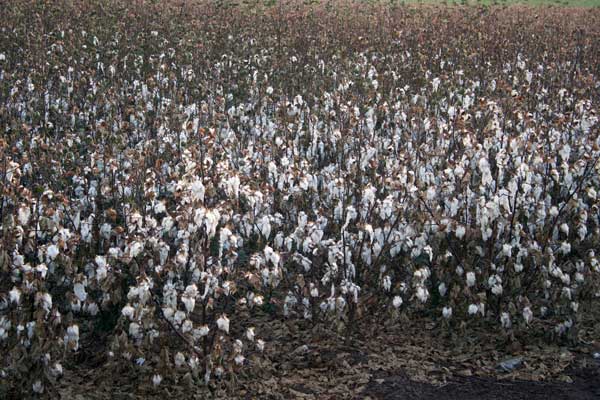 By late Friday afternoon, residents were trying to mitigate the flooded areas. Bart Judd utilized his tractor to dig a ditch from his flooded horse corral to let the water drain into an irrigation canal at the intersection of U.S. Highway 70 and 200 North. 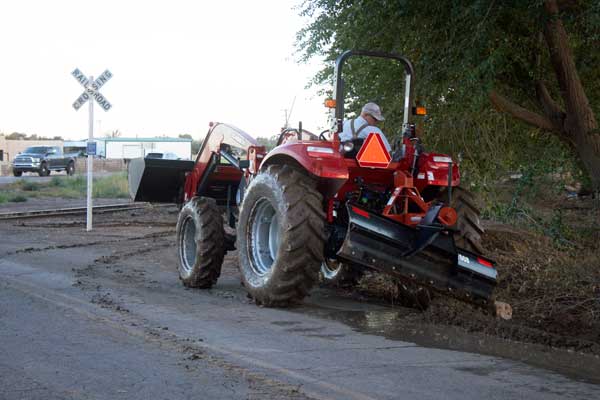 The storm pushed Safford’s rain total for the year at the UA Agriculture Station to nearly 12 inches. That total is only lacking to last year’s total of 13.71 inches, which was the highest amount in one year recorded by the station.

The increased rain from last winter and this year have been attributed to an El Nino event, which is a weather phenomenon in which warmer tropical Pacific Ocean waters cause changes to the global atmospheric circulation, resulting in a wide range of changes to global weather. In North America, the phenomenon causes the Pacific jet stream to expand eastward and shift southward, enabling more precipitation across the southern tier of the United States, according to the National Oceanic and Atmospheric Administration. 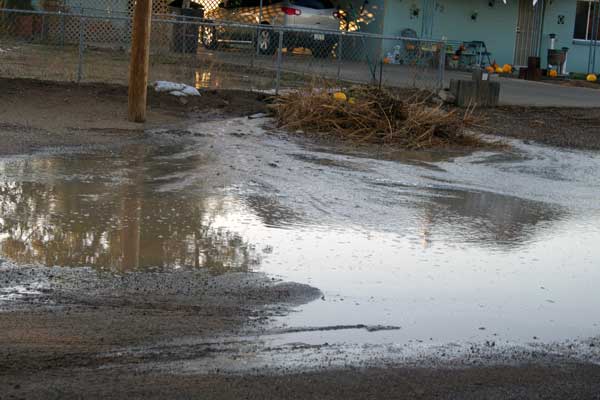 Jon Johnson Photo/Gila Valley Central: Water and debris pour out of a yard in Pima.

While the precipitation earlier in the year was attributed to the El Nino event, the phenomena was slated to run its course in spring and the current round of storms are unrelated.

While the last two year’s of above-normal precipitation has eased Arizona’s short-term drought, the state has been in a drought for about 20 years and below-level precipitation is forecasted for the upcoming winter due to the emergence of a La Nina phenomena, which follows the El Nino event with the return of cold water ocean temperatures and a lack of atmospheric energy.