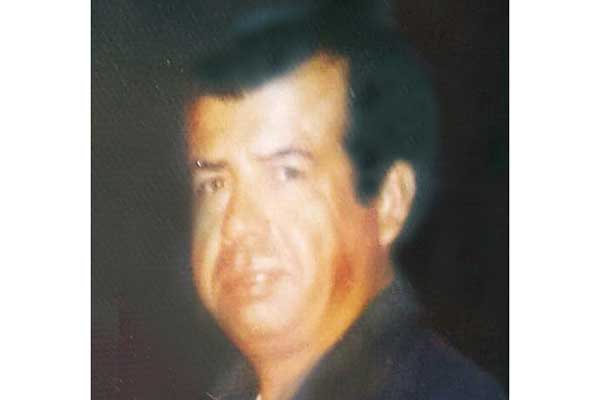 The family moved to Kingburg, CA, where Lupe attended school. While there, he would work in the fields to earn money for his first car which became his first racing car. Even as a kid, his hobby was working. At the age of 18, they moved back to Clifton where he began working for Phelps Dodge. He worked at drilling and blasting for P.D. During that time, he met and married Oralia in Silver City, NM and later married in the Catholic Church in Morenci. They started their family when Lupe was in his early 20’s, Arlene, Greg, Danny. During times of the Strikes, he would help out others low on funds by trading for fruits and veggies from local families. In the early 1960’s, he was hurt in a mine explosion and in 1983, after the big Strike, Lupe retired from the mine.

Lupe loved to race and work on vehicles. He started the “Gear Grinders” racing club in the 1950’s and earned many trophies, about 40, racing in Tucson, Phoenix and New Mexico. He had a crew of 20 who ran the racing circuit with him; Jerry & Jim Bishop, Gerald Pudge, Clifford & Clarence Petes, Pompa, Ray, Mo, Ernie, Gomez, Victor, Charlie, Skip and Chaio Lizaraga to name a few. They would build and race cars everywhere they went. In the early 1970’s, Lupe missed breaking the National speed record by 1/1000th of a second at the Tucson Raceway in his Corvette.

In his spare time, Lupe enjoyed camping in West Fork, Big Lake, Apache Lake and Crescent Lake, fishing, car club racing, being a mechanic, wood working making walking sticks, being a faithful drinking partner with Mike Espinoza aka Raggs, his only brother-in-law. Also, being an honorary member of the American Legion Post 28. He was also known for his work and repair habits which included doing some iron work. He truly loved cars, and racing cars and car shows. His grandchildren were his world. He loved family gatherings and is known for being an honest, hard worker. His proudest moment was when his grandson, Dominic was signed to the Texas Tech University and then drafted to the Detroit Tigers.

He was rough around the edges but kind at heart, with a mouth like a sailor. A few of his favorite sayings were “You cannot tell me how to live”, “You’re not the boss of me!”, “You know everything, right, your the doctor?” and “Leave me A L O N E !!!!” He loved making chili and it was only one way, HOT! If you didn’t like it, “just don’t eat it”. He also loved growing watermelon which he turned into a business.

Lupe is survived by his only sister, Ally and three brothers; Ernie, Ray and Ronnie Moreno, children Arlene, Greg, Danny and Audra, 10 grandchildren and 17 great-grandchildren.

He was preceded in death by his loving wife Oralia Moreno, his parents Guadalupe & Rafaela Moreno and his brother Robert “Bob” Moreno.

A viewing will be held on Saturday, February 24, 2018 at 8:00 a.m. followed by the recitation of the Rosary at 9:00 a.m. with the Mass of Christian Burial at 10:00 a.m. at the Sacred Heart Catholic Church in Clifton.  Interment will follow in the Sacred Heart Cemetery.