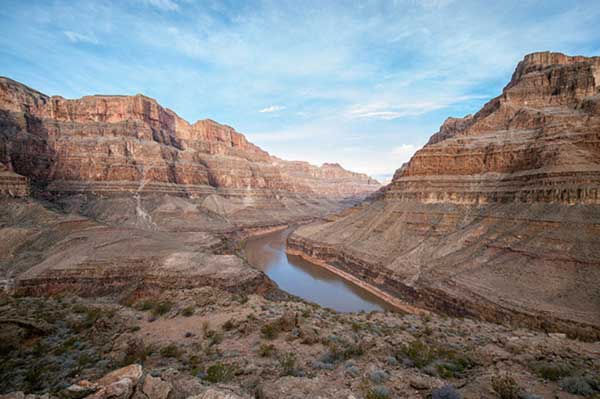 – The Department of the Interior recently published its 2018 list of minerals it considers critical to national security and the economy.

But environmental groups in Arizona are concerned about one mineral added to the list – uranium.

Areas near the Grand Canyon are known to be rich in uranium.

The Department of the Interior in 2012 introduced a 20-year ban on new mining claims in 1 million acres surrounding the canyon.

But environmentalists fear the department’s new mineral list is a signal that the Trump administration is preparing to loosen those restrictions.

“This area has a history of uranium,” he points out. “Unfortunately, that mineral development has also left a legacy of health issues and of water issues.”

Waste materials generated by uranium mining are known to have radioactive properties, and the Centers for Disease Control and Prevention (CDC) says prolonged exposure to uranium can cause severe health problems.

The Department of the Interior’s 2012 order was intended to create time to monitor the area around the Grand Canyon and study the full impact potential mining claims could have there.

Powell doesn’t want to see those protections weakened before that research is complete.

“We just think it’s prudent to better understand the risks to downstream communities, communities that depend on the waters of the Colorado River, the recreational interest in that area, and certainly the fish and wildlife,” he states.

Following the release of the minerals list, the Secretary of Commerce has 180 days to present a report to the president on how best to streamline production of critical minerals.

Rep. Raul Grijalva of Arizona is among those voicing concern over the administration’s new emphasis on uranium.

Uranium is used in nuclear power, and Grijalva points out that the Critical Minerals List is meant to include only “non-fuel” minerals.