Academic achievement will be showcased

Do not think because the Super Bowl is over that there is not much to do as far as suspense and breath-holding action. The Greenlee County Spelling Bee provides an opportunity to keep the adrenaline flowing.

Compare it to a football team scoring with only seconds left in the game or winning in overtime. Fans are wringing their hands in anticipation of what will come next. That is what the event can be like as spellers from Duncan and Morenci schools vie for becoming No. 1. Indeed, stomach butterflies and suspense is a big part of it all.

The Greenlee County Spelling Bee will be held Wednesday, Feb. 8, at 6 p.m. at the Duncan Elementary School gymnasium. The annual event is sponsored by the Greenlee County Schools Superintendent’s Office. Because the contest is being held around supper time, there will be refreshments and enough goodies to keep stomachs from growling.

The event has never been dull, and certainly not in recent years. That holds especially true when Duncan and Morenci participants compete in the semifinal round. After all, there is not only personal pride but also school pride on the line.

Participants have to earn their way in making it to the county spelling bee, with a qualifying contest held at each school. contestants will include Duncan’s champion, Brody Waters, and runner-up, Oniah Jensen. Representing Morenci will be champion Roselyn Dorrell and runner-up, Kyrzzia Cortez. In 2016, Morenci’s Keanna Cortez won the county championship.

Contributed Photo: Morenci top spellers from its spelling bee will compete at the Greenlee County Spelling Bee on Feb. 8.

There is a rotation determining where the county contest will be held. Each school hosts the event every other year.

There is a quiet tension in the air for participants and those in the audience through much of the contest. It becomes intensified in the semifinal and final rounds and especially when only two spellers are left standing.

Audience members have said they catch themselves holding their breath, even if a speller is not a family member or a close acquaintance. Then there is the sound of the bell to deal with. The bell is something no contestant wants to hear. A word is given to a contestant by the pronouncer. If a word is misspelled, the bell is rung and the speller is out of the running and must sit in the audience. 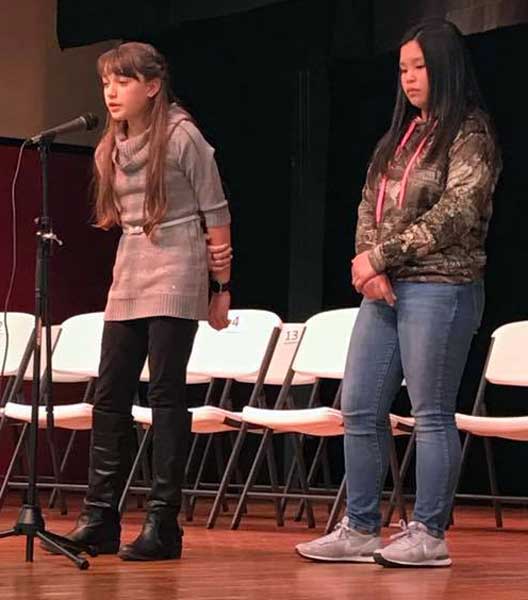 Contributed Photo: Spellers hope to not hear the dreaded bell.

It is a small bell, such as those sometimes found on customer counters to draw attention to the customer’s presence, but it sounds quite loud because of the quiet. Not so much as a whisper can be heard from the audience and certainly not from contestants who are on stage.

Greenlee County School Superintendent Tom Powers encourages the public to attend. He points out the event can be “quite a show in its own right.”

The event’s purpose is to highlight academics and expose participants to the public. Powers said, “This is a great opportunity for the students in our schools to learn to speak before an audience and showcase some of their academic ability. The teachers and parents are a huge part of this program and really contributed to the success of our students.

The county spelling bee winner will participate in the Arizona State finals on March 5. The event will be aired on PBS Channel 8 at 1 p.m. 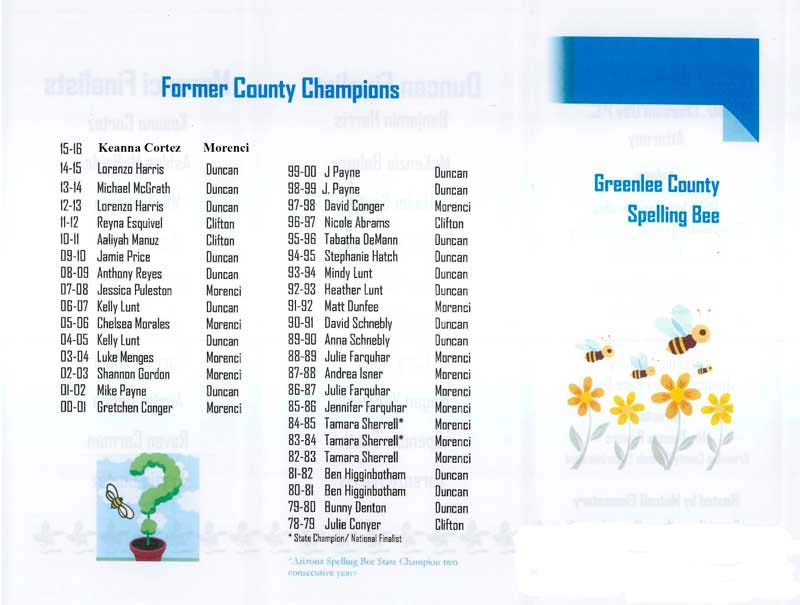