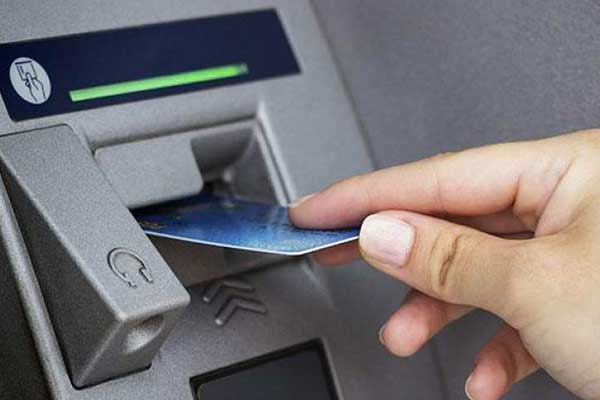 A Safford police officer was dispatched to a residence on April 8th in reference to theft of a debit card. Upon arrival the officer spoke to a woman who said that she was missing approximately $300 from her bank account. She told the officer that she suspected that her granddaughter had taken her debit card and and withdrew the money.

The woman told police that she always keeps her debit card in her wallet. The prior to calling authorities, the woman had found her debit card floating loose in her purse. She began to suspect something because of her habit of keeping her card tucked away in her wallet. She told the officer that the granddaughter in question was recently released from prison and is on parole. She said that her granddaughter has stolen from her before and suspected that she may have taken the debit card.

The suspect’s mother apparently texted her asking her to return the money. The text conversation between mother and daughter went like this:

“30 minutes to return money or I will call the police and press charges.”

“Calling the cops is the most stupedist thing. You’ll lose all the way around on that one, you might get satisfaction the moment of me being in trouble for what I did but it wont last long. You could get the money back n keep it civil or you can threaten me all day n night with the cops n not get anything at all. I told ____ I would pay in payments n I can give some money now but I’m not playing these games. I told the truth and I”m sorry I did it but I was honest.”

The officer asked the woman to gather copies of her bank statements. He made several attempts to contact the alleged thief but was unsuccessful.

Several days later, the officer followed up with the victim. The sister of the alleged thief was also there and showed the officer a string of texts she had received from her sister:

“Idk what to say dude. I need the money. I’m trying to move out and have my own place. I’m gonna give back the money. I wont go over anymore. I already know I wont be allowed now. Yours or nanas. So I’ll call n own up to it. I feel horrible. I didn’t mean to hurt her like that.”

The officer was shown an online bank account history that showed a transaction on the grandmother’s account on Saturday, April 6, from an ATM in the amount of $303.00.

The grandmother and the alleged thief’s sister told the officer that the suspected granddaughter usually came to her grandmother’s house for a short time every other day or so to shower and eat. The suspect granddaughter was described as wearing a black hoodie on the day the alleged debit card theft took place. The officer was informed that the suspect is in a relationship and is known to stay at her boyfriend’s residence in Daley Estates. They believed that she was attempt to flee if contacted by authorities.

The grandmother said that she had left for New Mexico on Saturday morning and had returned home at approximately 3:30 p.m. The suspect granddaughter had come over that evening at approximately 6:00 p.m. to visit with her biological son, eat and shower. She left at about 7:00 p.m.

The bank provided the victim and the officer a copy of the ATM transaction, which showed that the withdrawal occurred at 8:27 p.m. on Saturday at a convenience store on 1st Avenue. Bank officials requested to be listed as victims in the case.

The officer went to the convenience store and asked to review surveillance camera footage on the night of the ATM withdrawal. The store employee told the officer that camera times are not exact and might be off by a few minutes. The suspected granddaughter’s boyfriend could be seen entering the store at approximately 8:30 p.m (according to the camera clock), followed by the granddaughter. She was wearing the black hoodie hoodie she had been described as wearing earlier at her grandmother’s house. The boyfriend is seen purchasing a lottery ticket and exiting the store. The suspect granddaughter stayed at the ATM until approximately 8:35 p.m., then exited the store. Nobody else was seen using the ATM during that time.

Charges in the case are pending.