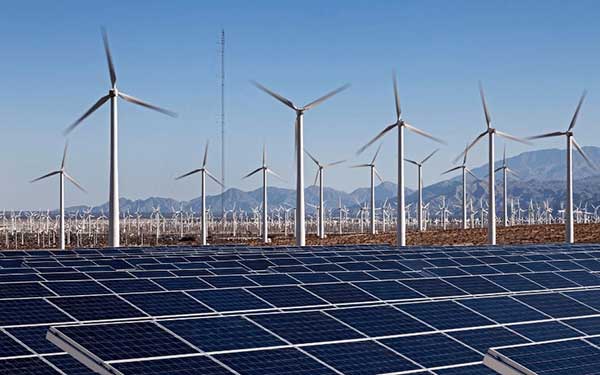 A California billionaire is bankrolling this initiative, which is nearly identical to the same one passed in California that has led to California’s electric rates increasing five times more than the rest of the nation over the last six years. If Prop 127 passes in Arizona, it will have substantial negative impacts on Arizona rural electric cooperatives and their members, the most significant of which is that it would increase the cost of electricity; Arizonans would see their electric bills go up by roughly 40 percent. In short, Prop 127 is a product of a California organization trying to change Arizona’s Constitution to require an energy scheme that will cause an ArizonaNightmare.com for our residents, schools and small businesses.

In addition, the passage of this initiative could affect the reliability of electric services as well, as it will impact 24/7 energy sources. The costs of this initiative, if passed, also include potential job losses and environmental issues, too. For example, California now leads the nation in rolling blackouts and has to pay other states to take some of its power production.

“Arizona nonprofit member-owned electric cooperatives are governed by locally elected boards of cooperative members who know and understand the needs of the communities they serve. Resource decisions should be left to them and not mandated or influenced by out-of-state special interests who know nothing about rural Arizona and do not care about the impacts on electric rates,” said Jeff Larson, President of the GCSECA Board of Directors.

In support of this campaign, Arizonans will start to see campaign signs go up around their communities, hear radio ads and receive supporting collateral materials. A “no” vote on Proposition 127 this November will mean Arizonans are against a California organization making changes to the Arizona Constitution and dictating what’s best for the people of Arizona.

For more information on this campaign or Proposition 127, please visit VoteNoArizona.com or ArizonaNightmare.com, or follow us on Twitter @VoteNoArizona or on Facebook at Vote No Arizona.

Arizona’s electric cooperatives formed Grand Canyon State Electric Cooperative Association, Inc. in 1950. Their primary purpose was to create a nonprofit, nonpartisan group to give Arizona’s electric cooperatives a unified voice in state and national regulatory and legislative matters. Resource-pooling and cost-sharing by our members have combined to help make GCSECA a strong, efficient statewide organization.