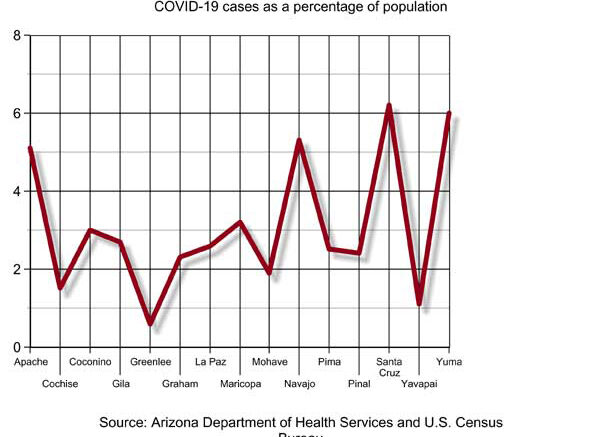 That brings Graham County’s total number of cases to 901 since the start of the pandemic, 2.3 percent of the county’s population. Comparatively, the largest number of cases as a percentage of population is Santa Cruz County, at 6.2 percent, while the lowest is Greenlee County at 0.6 percent.

Greenlee County also has the lowest total count of cases in the state at 60, with no new cases reported since Oct. 1.