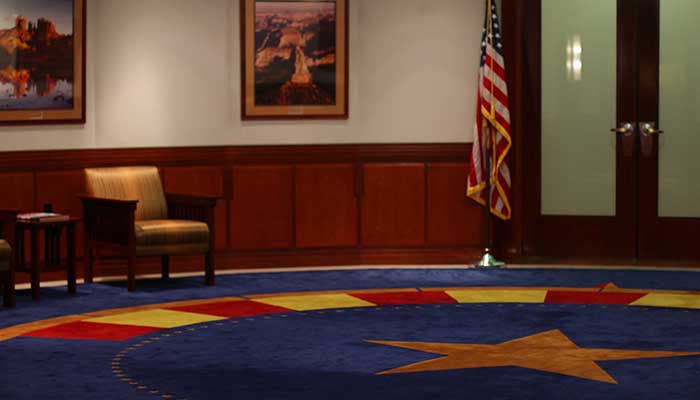 PHOENIX — Governor Doug Ducey today announced the launch of his reelection campaign in a video announcement titled, “Securing Arizona’s Future.” The video lists his accomplishments and plays up his outsider businessman approach to politics.

Ducey’s announcement will put him in the Republican Primary in August against former Secretary of Sate, Ken Bennett, who announced his candidacy in April.

Ducey’s campaign video highlights issues that concern Arizonan’s such as the economy, education and border security.

“We’ve done a lot of big things these last four years to improve our state,” said Governor Ducey. “We’ve done it together — with a spirit of civility and cooperation. And I’m ready to do even more the next four years if given the privilege and opportunity.”

Since 2015, Arizona has added over 160,000 private sector jobs and more than 200,000 residents. Unemployment is at its lowest level in a decade. Arizona has invested nearly $2.7 billion in K-12 public schools since 2015 and passed a 20 percent increase in teacher pay by 2020. In addition, Arizona’s Border Strike Force is stopping cartels and human traffickers from entering our communities.

Meanwhile, a group of Ducey supporters filed a lawsuit on Wednesday claiming that Bennett does not have enough voter signatures to qualify to a be on the ballot. The suit challenges about 1,316 signatures Bennett collected for various reasons, including that they don’t match signatures on voter records or that they were signed by Democrats or unregistered voters.

Bennett took to Twitter to say he will vigorously defend the voices of nearly 8,000 voters who signed.

Bennett didn’t have much time to collect signatures, having jumped into the race in April. The deadline for signatures was May 30, 2018. Bennett apparently submitted 7,833 signatures. A minimum of 6,223 valid signatures are required to qualify for the Republican primary ballot.

Other candidates for Arizona gubernatorial race include: