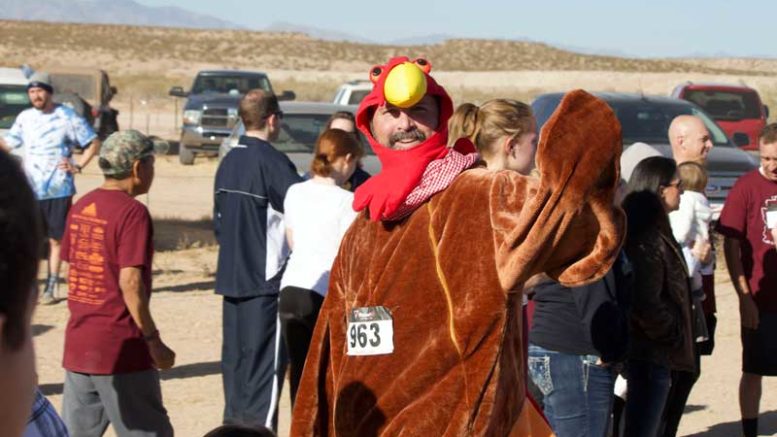 Jon Johnson Photo/Gila Valley Central: The 12th annual Pima Turkey Trot was a blast from start to finish. This year's man in the mascot outfit, Brian Paull, switched took off his mascot head for the 5K due to the unseasonably warm weather.

PIMA – It was simply a gorgeous day for a 5K as the seminal Fall running event in the Gila Valley drew hundreds to the Vard Lines Memorial Arena in Pima for the 12th annual Pima Turkey Trot.

“It is probably one of our best days of weather yet,” said co-founder Melinda Nelson. “It’s awesome out here.” 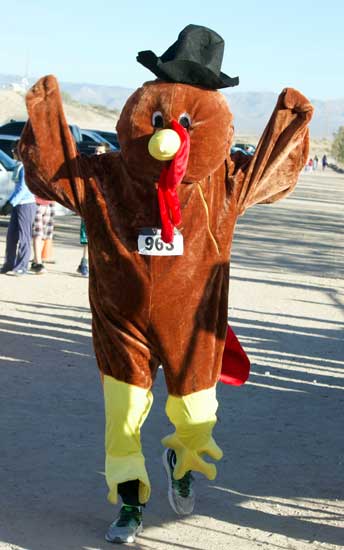 The event has become a family tradition to numerous people in the Gila Valley and brings in extended family and friends from outside of the area as well. This year, the Trot boasted 786 participants in the annual 5K and 1-mile fun run.

Montierth runs cross country during that season and is now in the throes of soccer, another sport that requires a lot of running. He said this was his fourth time running in the event.

“I was kind of surprised (with the win), but it was pretty awesome,” Montierth said.

“It was a lot of fun,” Dannenbrink said. “I love coming with my family and spending time with them and running. It’s a great event.” 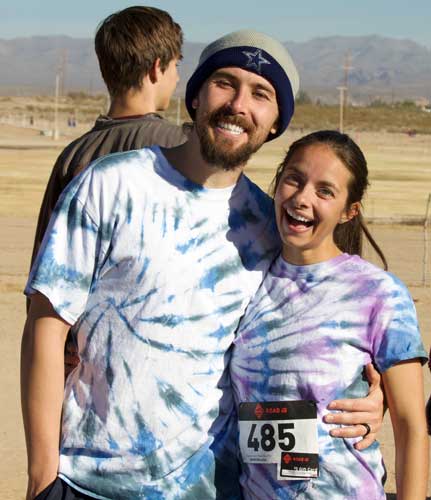 Dannenbrink has run the race multiple times and suggested possibly changing the route in the future.

“I think a little bit of a diversion would be cool, but you can’t complain with what they’ve got,” she said. “It’s pretty cool, too.”

First-time runner Lazaro Lambillo, 18, of Safford, finished 8th overall in a time of 20:10 and said one of the reasons he took part was to jump start getting into shape for wrestling.

“I didn’t know whether to go fast or slow,” Lambillo said. “I just had fun . . . People should come out here more. It’s a good way to get everybody together right before the Thanksgiving dinner and burn off some calories before you put them on.”

All the proceeds from the event are donated to Pima Schools and throughout its history, the event has donated more than $60,000. Nelson said they are still going through several donation requests for this year’s funds, but one of the things they are committed to is to replace the lighting in the Pima High School gymnasium. That project will take place over the school’s Christmas break. 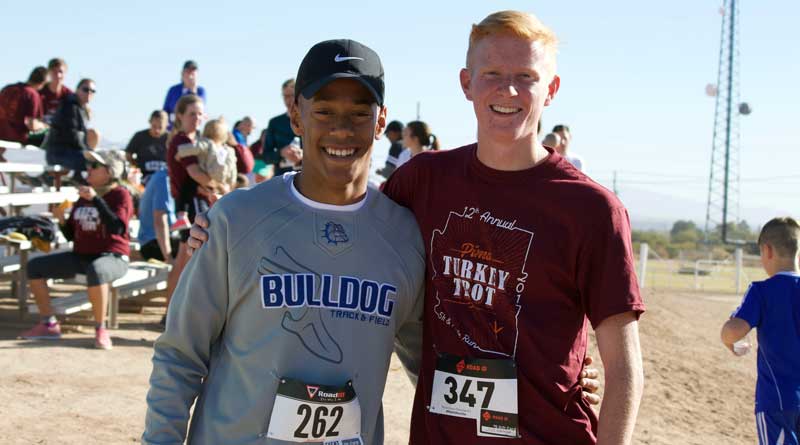 For the entire list of race results and tons of pictures from official race photographer Eric Blair visit pimaturkeytrot.com.

An earlier version of this article stated Glelia Lippincott, 41, of Pima, had been first overall. Her time was reported by the Pima Turkey Trot on accident and Lippincott actually only ran the 1-mile Fun Run. This article has been corrected.

Time to talk turkey about the trot