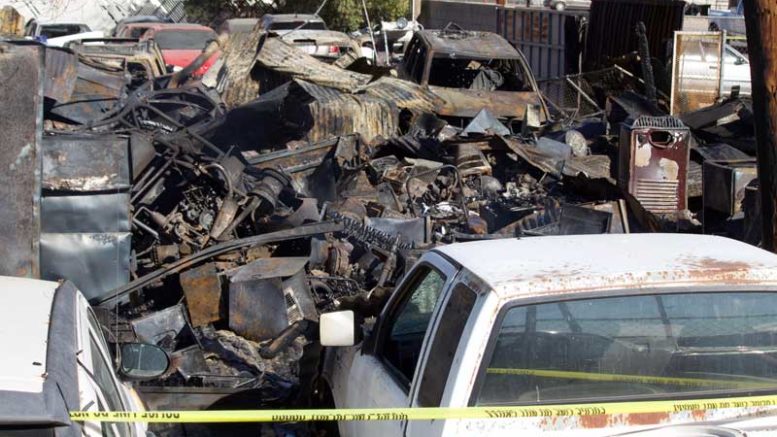 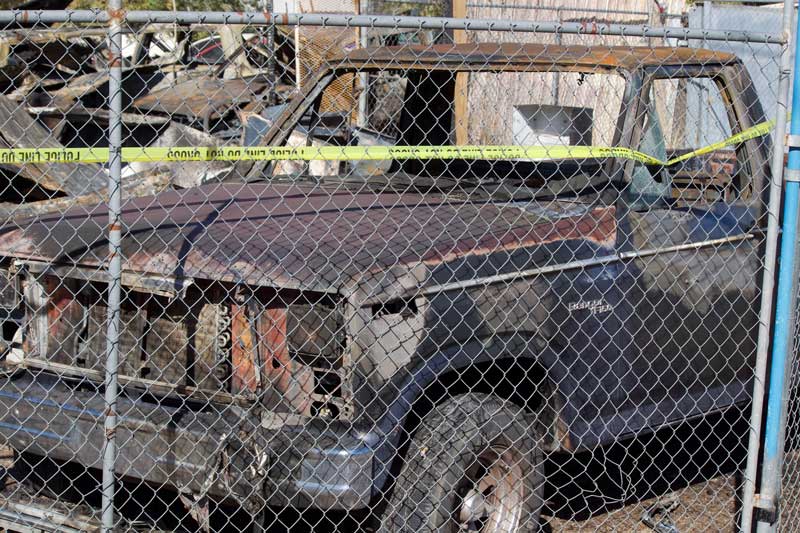 Authorities were dispatched to Nutcracker Towing at 86 S. Main St. at about 2:30 a.m. and came upon the business’ shop and tow yard fully engulfed in flames. 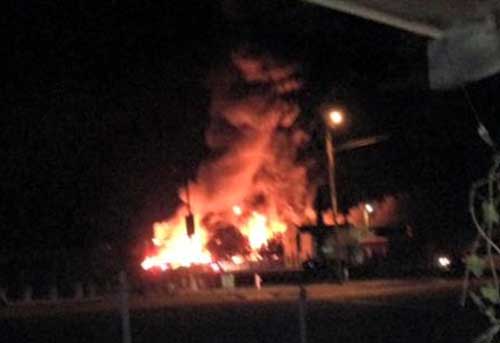 The shop was a total loss and several vehicles in the lot also suffered severe fire damage, according to Pima Police Chief Diane Cauthen. Authorities are investigating the fire as arson, but no determination has been made to the cause and the fire marshal from Globe is scheduled to examine the site Saturday morning. Cauthen said while all fires start out being investigated for arson it could ultimately not be the case and further inspection is necessary.

“At this time it’s too early in the investigation,” Cauthen said. “As soon as the fire marshal gets here we’ll figure it out . . . We treat every fire as arson until we can prove it’s not arson.”

With the business being a tow yard, there were several combustible items on hand, including gasoline, oxygen, and acetylene.

“They got there in time to get them out,” Rhinehart said. “Thank goodness we’re all safe . . . We don’t know what happened.” 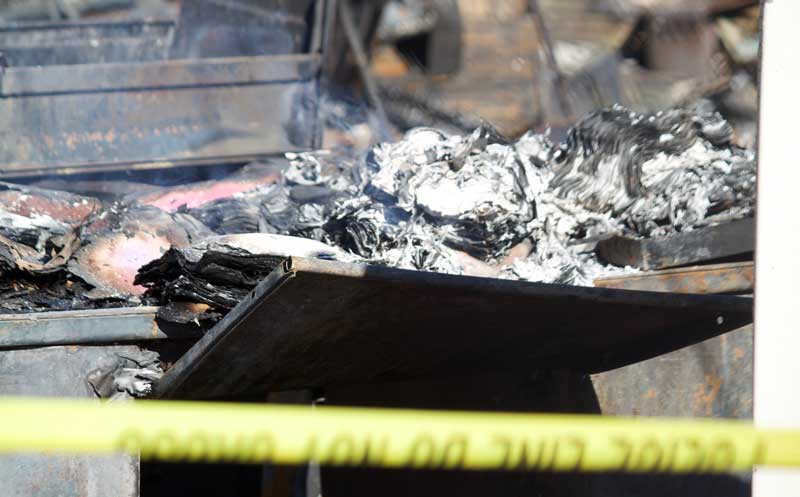 The Pima Fire Department and the Thatcher Fire Department both responded to the scene and managed to keep the blaze contained in the tow yard. Firefighters battled the fire throughout the night until the sun began to breach the mountains in the distance at around 6:30 a.m. There were no reported injuries.

The fire also damaged a utility pole and knocked out landline telephone service to a swath of Pima. Luckily for the business, no tow trucks or its welding truck was at the scene. 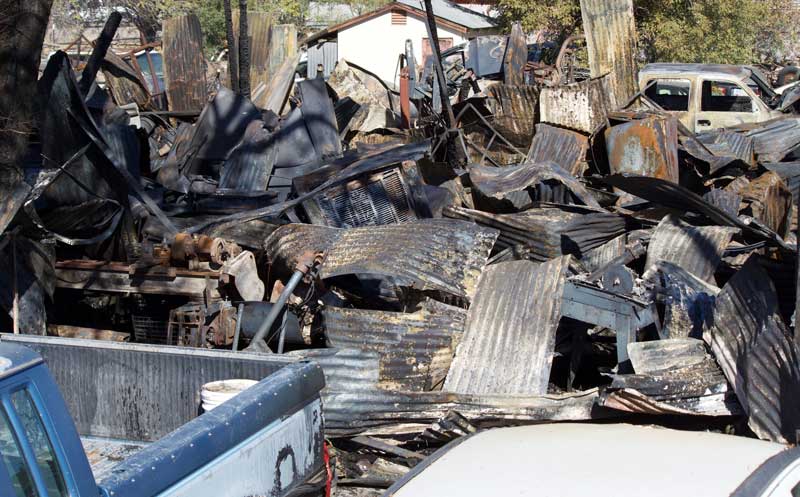 Jon Johnson Photo/Gila Valley Central: The fire is being investigated for possible arson.

A Pima firefighter said the fire was especially hot and various residents said there were multiple explosions as well as each of the gas tanks of the cars ignited.

Gila Valley Central was on scene Thursday morning and some parts of the blackened twists of metal and debris were still smoldering with puffs of white smoke still being emitted.

Rhinehart said the building had been utilized by the family for generations and numerous antiques were lost.

“The building was my husband’s grandfather’s, where he worked on Model As and Model Ts; it’s been in the family forever,” Rhinehart said. “There were a lot of antiques in the front – a lot of antiques.”