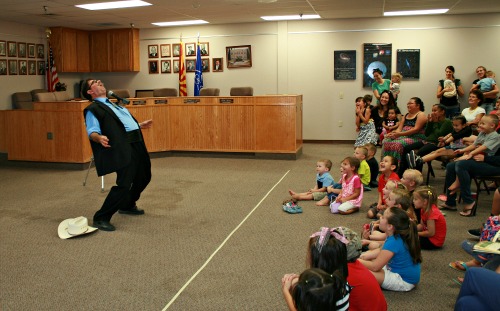 Brooke Curley Photo/Gila Valley Central: Great Godfrey the Magician bends over backward to give the crowd a hilarious magic show.

SAFFORD – He didn’t pull rabbit out of a hat, but he got a huge laugh out of the crowd.

Godfrey the Magician performed for a crowd of about 85 people at the Safford-City Graham County Library on Thursday. The staff at the library was pleasantly surprised at the size of the crowd, considering they only found out the magician would be visiting the previous Monday. 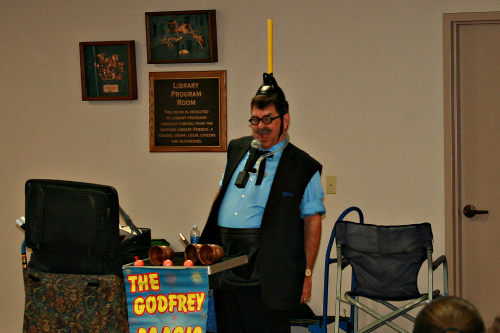 “We’re so thrilled to have this magic show come to the Safford library,” McElroy said. “The way that he presents it gets them excited about reading. What we love about having Godfrey here is that the kids are so excited about magic, and we have lots of magic books to share with them.”

Between his magical movements, Godfrey told the children attending his show that he had a special affection for libraries because it was at a library where he first became interested in magic. Godfrey related to the attendees that while he was young, he had asthma. Because of the asthma, his physical education teacher would send him to the library during gym class. While at the library, he read about magic and became so interested in the performing art of magic that he taught himself how to become a magician.

The next event at the Safford Library will be a Banned Book event Oct. 11. For more information visit the library’s website at http://www.cityofsafford.us/index.aspx?NID=336. 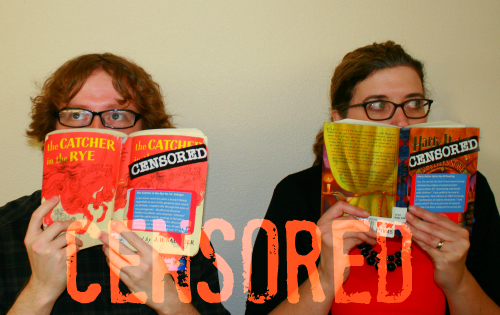