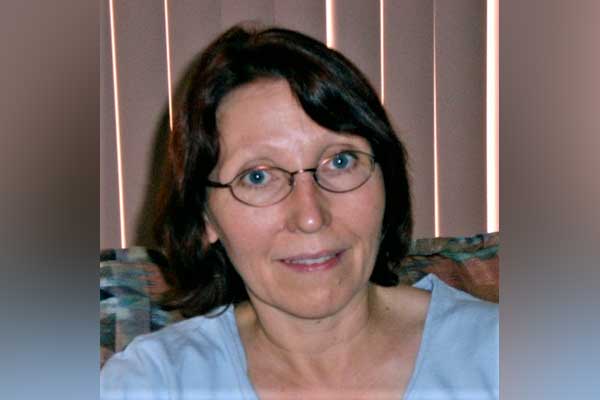 Gloria Jean Parker left this earth at home surrounded by her family on June 21, 2022, at age 70 after a courageous 22-year battle with Parkinson’s Disease. Gloria was born to Alan and Louise Moller on April 24, 1952, at Hill Air Force Base in Utah.

Everyone called her “Glo” because of the way that her sparkling blue eyes and radiant smile would light up any room.  Gloria relished fresh-ground dark French roast coffee, raspberry crepes and above all, dark chocolate. She loved cats and found forever homes for dozens of rescued cats and kittens wherever she lived. Glo took great pleasure from watching the many kinds of wild birds that came to the feeders outside her living room window and took special delight in the hummingbirds.

She had a life-long passion for learning about the universe and the natural world and was an avid fan of science and science fiction shows.  She loved hiking in the mountains, exploring new places, and photographing wildflowers. Flower and vegetable gardens flourished under her green thumb. When she could no longer travel with her family, she continued to explore the world from home through nature and travel shows.

As a child, Gloria traveled with her military family to San Jose California, then to Okinawa, Japan and Hawaii.  After graduation from Waipahu High School, she attended the University of Hawaii until the family moved to McKinleyville, California in 1970.  Glo then attended Humboldt State University in Arcata, California where she met and married the love of her life, David Parker in 1972.

Glo and David developed a passion for antiques and collectables and together they operated a vintage clothing store in Arcata from 1982 to 1985.  After taking classes in business and accounting at the College of the Redwoods in Eureka, California, she put her knack for numbers and business skills to work as a bookkeeper and Accounts Manager for Humboldt Newspapers until they moved to Missoula, Montana in 1988, so David could attend graduate school.

In Missoula, Gloria continued to work as an accounts manager for a tire company. The greatest joy in her life came with the birth of their daughter Devon Aurianna in 1993. That same year the new family moved to Safford when David went to work at the Morenci Mine.  Gloria continued to work in the newspaper business as Classified Manager and then Office Manager for the Eastern Arizona Courier from 1995 until her disability caused her to retire in 2001.

She is preceded in death by her parents Alan and Louise Moller.

No services are planned at this time and a private remembrance will be held at a later date.  In lieu of flowers, please send donations to the American Parkinson Disease Association.

Arrangements are being cared for by McDougal’s Caldwell Funeral Chapel & Gila Valley Crematory.  Online condolences may be extended at www.caldwellfuneralchepl.com.