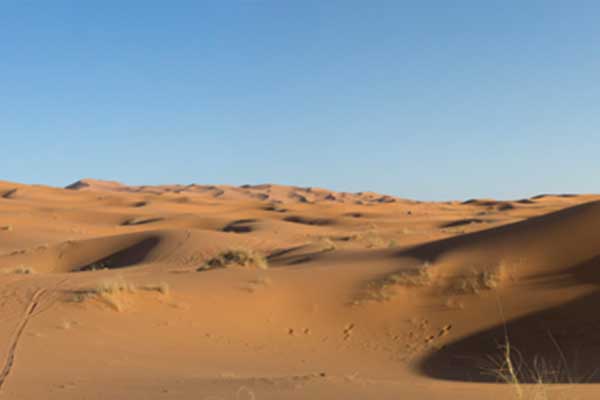 Ariz. – A group of 11,000 international scientists, including about a dozen from Arizona, has endorsed a study which concludes the Earth is in a climate emergency.

Published this week in the journal BioScience, the research says greenhouse gas emissions are rising, governments aren’t making progress in averting the crisis, and that scientists have a “moral obligation” to warn about the threat.

Brett Blum, a wildlife conservationist and the manager of the Santa Rita Experimental Range at the University of Arizona, says he and others who signed off on the study are frustrated with the lack progress in dealing with climate change.

“There’s this perception within the scientific community that whatever work you do kind of speaks for itself,” says Blum. “It’s a very overwhelming body of evidence that doesn’t just suggest that climate change is real. It should be indisputable – and yet, we’re still having a debate.”

Blum says the research identifies key areas in which governments, businesses and individuals can make critical changes to slow – if not halt – the onset of climate change. But a number of political and business leaders continue to challenge the notion of a warming climate, calling it a “hoax” or “junk science.”

Blum thinks countries need to replace fossil fuels with renewable energy and invest in technology to extract carbon from the atmosphere. He’s frustrated that political leaders have been aware of the problem for decades, but little has been done.

“George H. W. Bush said in 1990 that this was a global issue, and that the United States was going to lead the charge on that,” says Blum. “And we’re here in 2019, and we just pulled out of the Paris Climate Accord.”

The report lists multiple factors for higher greenhouse-gas emissions, from per-capita meat production to more airline passengers, the growing world economy and loss of tree cover around the globe. Blum says what they have in common is, they’re all human-caused.

“There is a more than sufficient body of evidence to say that these effects are tied directly to human activity,” says Blum. “And we’re going to get to a point where we can’t mitigate the worst of those effects if we don’t make any sort of change – now.”

The report also cites encouraging signs, including lower birth rates and increased use of solar and wind power.