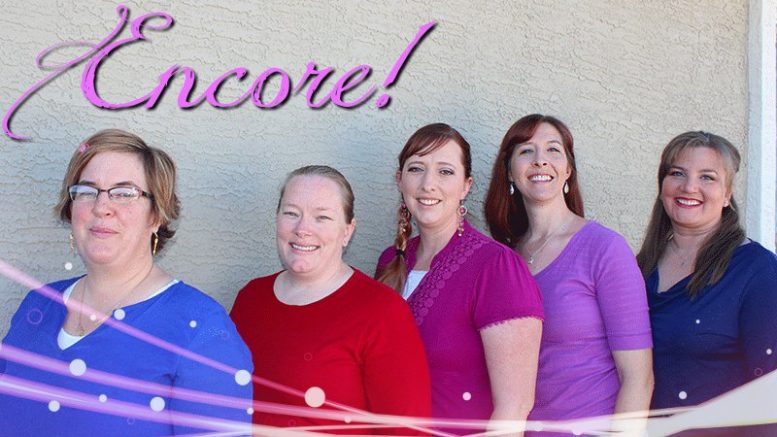 Brooke Curley Photo/Gila Valley Central: From left, Jennifer DeSpain, Natalie Jones, Marci Barney, Tanya McNeil and BreeAnna Farley are the singing group, Encore!. It is a group of Gila Valley moms brought together by their love of music and performing.

THATCHER – For their love of music, these moms take the time out of their busy days to rehearse, perform and reach the next level.

The singing group, Encore! was created by Thatcher resident and mom, Jennifer DeSpain, in November of last year. DeSpain, who already teaches music lessons out of her home, told Gila Valley Central that she was needing the extra something that came along with the thrill of performing in a singing group.

“I’m a mom – we are all moms – and we go crazy after a while,” DeSpain said. “We need something to satisfy our needs, so I decided that I need to sing.”

DeSpain said she posted in the Facebook group “Gila Valley Moms” that she was looking for others who would be interested in performing in a singing group. Receiving a lot of feedback to her post, the group was instantly born. Beginning with roughly a dozen individuals, the singers who are willing to put in the time and energy to rehearse weekly still remain. There are still multiple individuals who want to participate in the group, but who are going to be having babies in the next few months and are waiting until after they arrive to participate. 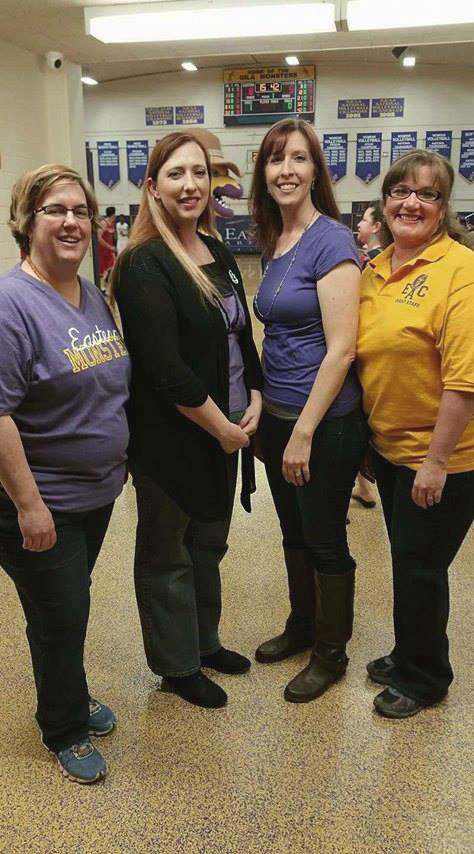 Contributed Photo/Courtesy Tanya McNeil: The lovely ladies of Encore! like to bring it. They are, from left, Jennifer DeSpain, Marci Barney, Tanya McNeil and BreeAnna Farley at their performance at an Eastern Arizona College basketball game.

Allissa Lines, who was not available for the video recording, said she is especially excited to be a part of a group once more. Lines said she hasn’t had the time to perform and practice singing since she had children and that it was a part of herself that had fallen by the wayside.

“I’m excited to be a part of a woman’s singing group again,” Lines said. “My life was full of music before I had children. I was singing two to three hours every day and performing was natural to me. Then my kids became the priority, and my music fell to the wayside. Singing fills the void that truly is a huge part of who I am.”

Encore! has already performed for an Eastern Arizona College basketball game, and they are open to singing at all sorts of other local events. They are even considering singing telegrams and performing in local festivals, and they are very willing to work with other local groups.