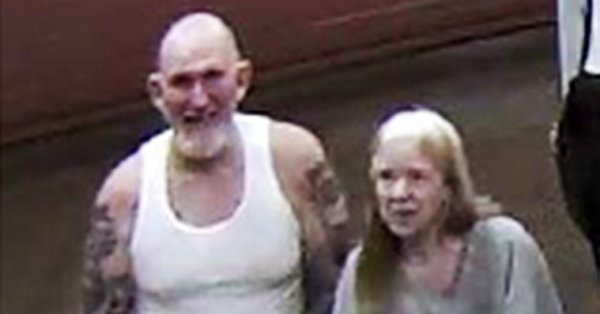 Fugitives Blane and Susan Barksdale have been located and taken into custody without incident. The Navajo County Sheriff’s Office assisted the U.S. Marshal’s Service in capturing the two fugitives last night, presumably in the White Mountain area not far from where they escaped.

More information about the arrest is expected to be released this morning during a joint news conference.

The search for the Arizona murder suspects intensified on Monday when the U.S. Marshals Service added Blane Barksdale to its 15 Most Wanted List.

The Barksdales escaped custody while being extradited back to Arizona from New York on August 26. The husband and wife team overpowered and kidnapped two security officers and a third inmate near Blanding, Utah. The couple then drove to Vernon, Arizona, where they obtained a GMC Sierra Pickup truck from an acquaintance. They later abandoned the prison van with the three occupants inside.

The Barksdales have been charged with first-degree murder by the Tucson Police Department in the death of Frank Bligh, 72, who has not been seen since fire consumed his home April 16. Evidence found at Bligh’s residence led detectives to determine the fire was intentionally set. Detectives also believed that more than 100 firearms were stolen from the residence. Additional evidence uncovered during the investigation led them to obtain homicide arrest warrants for the couple. The charges on the warrants include first-degree murder, first-degree burglary, arson of an occupied structure, criminal damage and auto theft.