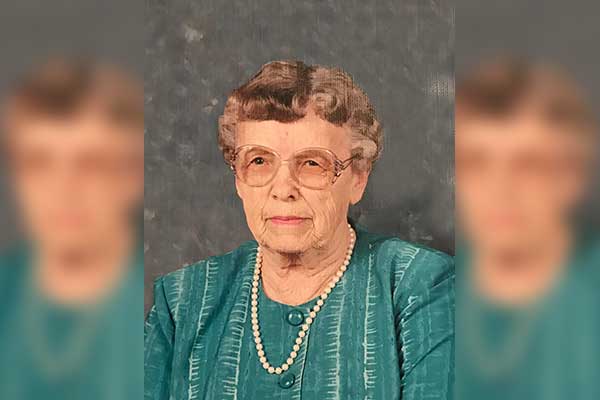 Franziska Irmgard Ludwig Smith was born August 11, 1929, in Lieppe, Germany. She was the 5th of 6 children born to Otto Paul Ludwig and Hedwig Freida Arlt.

She came to America with her family at the young age of 8 months and her family settled in Utah. She married her eternal companion John D. Smith on March 16, 1951, in the Salt Lake Temple. She was able to be at home as they raised their 10 children. They moved to Central, Arizona, in 1968, where they eventually built the home she was able to remain in until her death on June 10, 2019.

Frances, as she preferred to be called, was a life-long member of the Church of Jesus Christ of Latter-day Saints and served faithfully in many callings. She was preceded in death by: her parents; her 5 siblings; her husband; her son, Neil Robert Smith; her daughter-in-law, Merry Smith; two grandchildren; and two great-grandchildren.

Funeral services for Frances were conducted Saturday, June 15, 2019, at 2:00 p.m., at the Church of Jesus Christ of Latter-day Saints Temple View Chapel by Bishop Bill Windsor of the Central 1st Ward. Concluding services followed in the Central Cemetery.