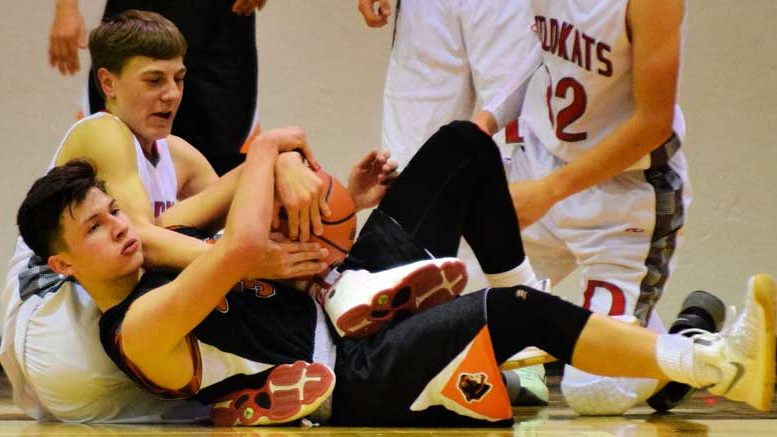 DUNCAN – Duncan headed to “The Land of Enchantment” on Thursday for a 7 p.m. contest with the Cliff Cowboys, capping the first day of the six-team, three-day Cliff Round-up. The final round is Saturday, Dec. 2, at 1, 2:30, and 4 p.m.

Other participants include New Mexico teams, the Bayard Cobre Indians, the Lordsburg Mavericks, and the Cliff J.V. Cowboys; along with the Mexico Academia Juarez Lobos.

Duncan’s next home game is with the Winkelman Hayden Lobos on Tuesday, Dec. 5. 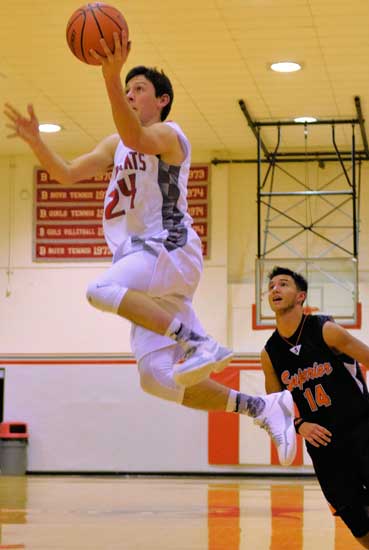 Photo By Raymundo Frasquillo: Duncan senior Braden Basteen puts back a rebounded missed shot to give the Wildkats a 27-26 edge 50 seconds into the final period. The Wildkats’ 14-6 fourth period outing yielded a 43-32 win. Basteen totaled a team-high 14 points. Marc Mendoza is defending for Superior.

Senior Braden Basteen hauled down a missed shot, put it back up, and gave the host Wildkats a 27-26 edge over Superior with 29 seconds elapsed in the final period. The Wildkats outscored the Panthers 14-6 during the final eight minutes en route to an 11-point win.

“He’s a senior,” head coach Eldon Merrell said. “By now, he can either step up or sit down.” 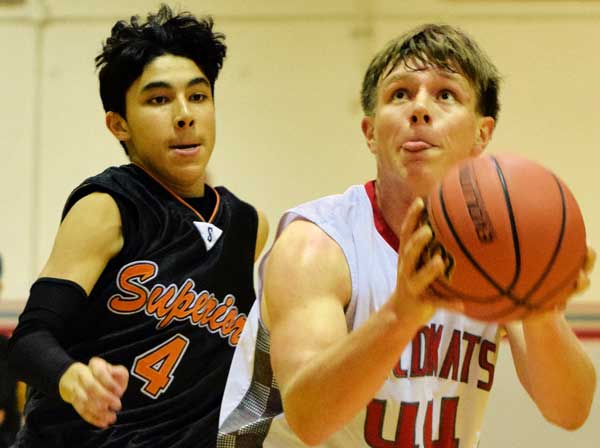 Photo By Raymundo Frasquillo: Duncan junior Wesley Conyer slips past Matthew Perez for a high percentage shot. Conyer added a pair of late baskets to give the Wildkats a 14-6 fourth period outing.

Duncan narrowed the 10-point, 5-15, opening period deficit to four, 18-22, at halftime, but 2 third-period points were not enough to take the lead. The host Panthers added 9 to lead by 11 heading into the final eight minutes.

The Wildkats mustered 14 fourth-period points as did Animas, yet needed 25 to tie and 26 to win.

Lennon tallied 10 points on four field goals plus 2-2 free throws before picking up a fifth foul. Basteen netted 1 point prior to falling out.

Second-half adjustments secure a win in home opener for Duncan