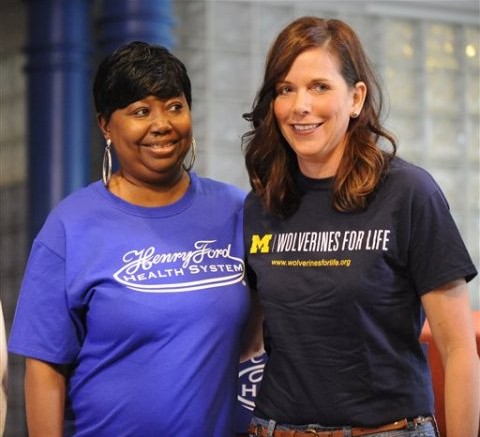 NEW HAVEN, Conn. (AP) — Four people have met for the first time since a pair of kidney swaps at a Connecticut hospital.

The Hartford Courant reports (http://cour.at/1QJcXdv ) the family of 3-year-old Jeremy Orellana, as well as Fred Ferris, Beth Mix, and Julissa Canales, had an emotional meeting for the first time on Wednesday following the Nov. 10 surgeries.

Orellana, of Bridgeport, and Ferris, of Newtown, were both diagnosed with kidney disease and had been undergoing dialysis.

Canales, of West Haven, decided to help her friend Ferris. The two were incompatible for the transplant, though, so they entered into Yale-New Haven Hospital’s kidney-pairing program. Ferris received Mix’s kidney, while Canales donated hers to Orellana.

Mix volunteered to become an altruistic organ donor, meaning she donated without knowing any of the participants.