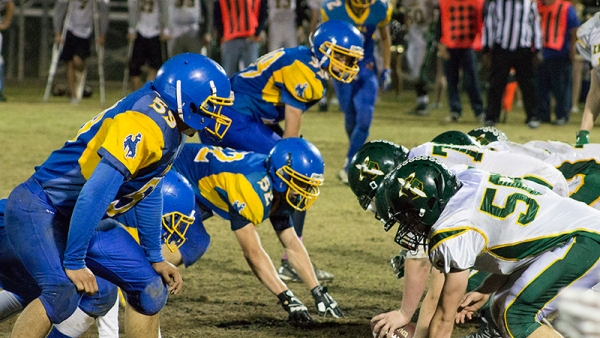 With the football season just around the corner, we will take an in-depth look at the Gila Valley football teams in a 6 part series of previews. We will preview teams from Graham and Greenlee Counties and Northern Cochise County.

Legendary 8-man head coach John Bryant takes over the Pima Roughriders this season. He last coached the ‘Riders from 2003-2008 and led them to two State Championships. Bryant is entering his 25th season as a Varsity Football coach, this will be his first at the 11-man level. When asked about that fact, Bryant’s response was, “Where do you think I got my plays from, they don’t make 8-man playbooks.” Fair point coach.

Make it 5 for 5 with teams telling me that their Offensive Line is the strong point of the team. Bryant will run the Veer Offense(same as Safford and Thatcher) this season. You can expect to see a ton of rushing attempts for Pima this season. Jake Whitaker will take a majority of those carries after playing offensive line the last 2 years. Brennen Hughes will take over for Josh Whitaker at Quarterback. Hughes is the grandson of longtime Arizona High School Football Coach Jim Hughes.

If everything goes right offensively, the defense won’t have to be on the field as much as they were last year. In 4 of their 7 losses last season Pima gave up more than 50 points. Expect much lower scoring games this season with the offense trying to control the ball more on the ground.

This one is tricky. Pima only has 30 kids out for their entire program, which means a lot of young kids playing at the varsity level. If the starters can stay healthy, Coach Bryant thinks this team will be better than anybody is giving them credit for(myself included). Their early portion of the schedule is favorable and the Riders can potentially be undefeated at 6-0 when they match up with Thatcher at the end of September. It all hinges on the final 4 weeks of the season for Pima. They will have to win 2 of their final four games against Thatcher, Morenci, Round Valley and St. Johns to make the playoffs this season.