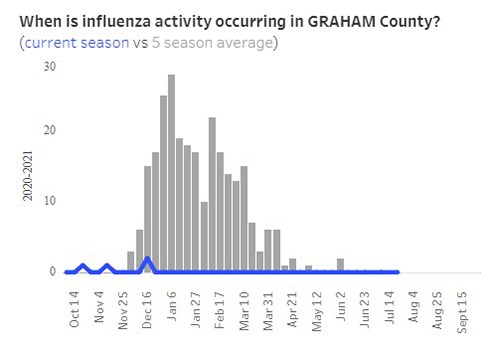 PHOENIX – The flu season in the Gila Valley continues to be milder compared to recent history.

Both cases were diagnosed the week of Dec. 16. One is a case of Influenza B and the other strain is unknown.

Graham County typically sees most of its cases between the start of December and the end of February, with the peak occurring mid-January. The five-season average number of cases is 15 by Dec. 16 in Graham County.

Statewide, there have been 569 cases of flu thus far, with 42 laboratory-confirmed cases last week. That’s down 83 percent from the previous week and is down 98 percent from the same time last year.