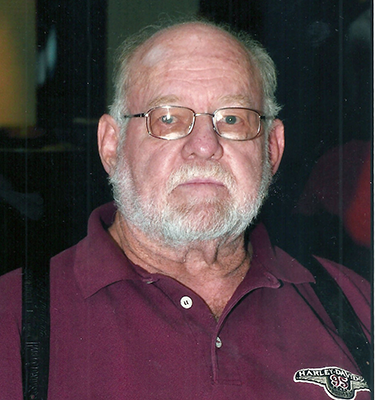 Floyd I. Jones, 82, of Safford, passed away on Friday, December 18, 2020, at Mt. Graham Regional Medical Center in Safford, AZ.  He was born on March 4, 1938 in Del Rio, Texas to Innis Edward Jones and Glenna Alice Nuttall Jones and had two siblings; brother Don and sister Marva.

Floyd attended Bisbee High School and graduated in 1958, and late married Jo Ellen Alexander.  They were blessed with 3 children; William, Dennis and Jon. He began working as a heavy duty mechanic in the mining industry. When he wasn’t  working,  he could be found with his motorcycle.  He had a true passion for riding motorcycles and anything having to do with them.  Floyd enjoyed attending motorcycle rallies,  and was also an avid coin collector.  He belonged to Boy Scouts of America, and enjoyed working with the young men.  Later on in years, he earned his “Varsity Scout Coach of the Year” award.

Floyd was preceded in death by his parents Innis & Glenna Jones, his wife Jo Ellen and his son Jon Jones .

A graveside service will be held on Wednesday, December 30, 2020 at 11:00 a.m. in the Safford Cemetery with Bishop Floyd Nuttall conducting.