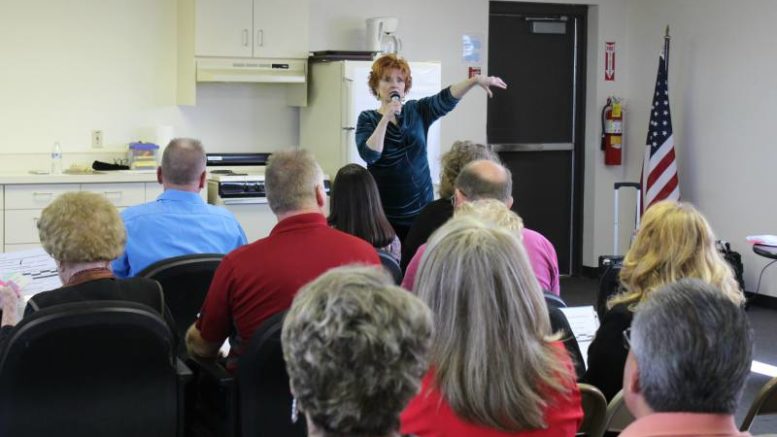 The Graham County Substance Abuse Coalition (GSAC) partnered with Reinventing  ReEntry founder, Sue Ellen Allen to create an educational interactive presentation for the residents of the Gila Valley. By presenting the challenge, the GSAC hopes to create empathy within the community in the effort to decrease the stigma toward those with a criminal history, thus simultaneously decreasing the crime rate. Visitors of the event passed through a variety of tables, gaining an identity, and setting out with multiple goals in mind. With the identity they have been given, visitors circulated through the room, facing the stigma and challenges surrounding the formally incarcerated as they try to obtain the goals of the project such as an education, attaining jobs, and housing. 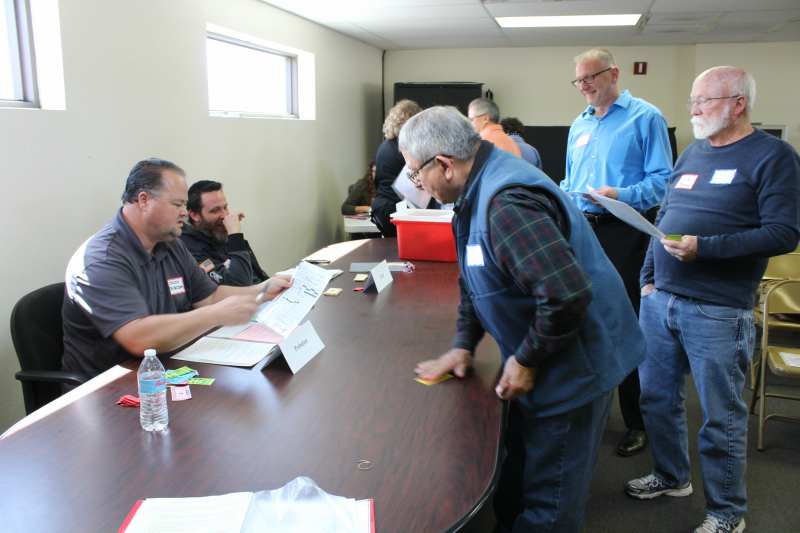 Thatcher Mayor Bob Rivera attended the event, and told Gila Valley Central that he found staying out of the hypothetical prison of the challenge incredibly difficult. Rivera said that his character had spent 7 years in prison, had managed to save a little over 200 dollars, and could not receive any help from family because they were mad at his character. According to Mayor Rivera’s character sheet, the reason why his character was placed into prison was because he was caught manufacturing drugs with the intent to distribute. A single mistake in the game means that the participant’s card will be marked with an X and there will only be so many strikes against each participant before they are sent back to the jail of the game. Rivera told Gila Valley Central that it was difficult and spooky as he was playing the game.

“To me, it’s confusing and a little spooky because you might go in there and get an X, and if you get another X that could send you back to jail,” Rivera said. “If I get more X‘s, I could go back.  Even if you get a ticket for running a red light, or any kind of ticket, that goes bad on you- and you have to pay and you don’t have any money. I’ve got to find some money. I thought I was going to get some help from my family, but they don’t want to help me. They’re mad at me because I got busted and I’ve been in there 7 years, for drug manufacturing with the intent to distribute meth.”

Reinventing ReEntry founder, Sue Ellen Allen, told Gila Valley Central roughly halfway through the challenge that the contestants were doing exactly what they were supposed to. More importantly, the participants were feeling what they needed to, which was aggravation. Secondly, Allen gave an example to Gila Valley Central of  church goers in Phoenix who had gotten so frustrated that they had stolen the fake monopoly money of the game to win.

“They’ve (the participants) already had one 15-minute session and they’re already frustrated and mad. I did this in Phoenix for a very large Methodist church, and by the third week one of  my volunteers said, ‘Sue Ellen, somebody stole my money.’ And I said, ‘Your monopoly money?’ ‘Yes!’ So when we came back together I looked at them, and I said, ‘I am so disappointed in you. You are all church people and in the middle of these fake criminals we have a real criminal that stole Gabbies money’. There was an intake of breath, and then everybody started cheering and clapping and applauding each other. I said, ‘Do you see how quickly you have bonded and gone to the dark side?’ Because they were so frustrated.”

Allen said that the more community leaders and business owners who go through the challenge, the better. By going through the albeit momentary frustrations and setbacks of the simulations, hopefully these business owners and leaders will gain a wider perspective and possibly be more empathetic.

“The more city officials and the more business owners that do this the better. Because what is the first thing a person has to do when they get out of prison? They have to have a job. Because if they don’t have a job, they can’t pay the rent, buy the bus tickets, they can’t buy food, they can’t do anything,” Allen said. “If you don’t have a job, you’re just S.O.L. What we want is employers to understand how difficult this is and be more empathetic. We also would like to help employers wherever they go to contact us to give them a little training and preparation for what it’s like to hire a felon. There’s actually a tax break, a 2400 dollar tax break and a federal bonding program that you can bond people for 5,000 so if they commit a crime you’re protected. People don’t know that. We like to say, look we can help you, these are the reason’s why you should hire someone, just call us we can shepard you through. ”

Graham County Substance Abuse Coalition Director Kathy Grimes told Gila Valley Central that she believes that the challenge helps the community understand what an individual who has served time in prison must go through to keep out of prison.

“I think it helps people to actually see what individuals face when they are released from prison. And it doesn’t get better just after four weeks, they have challenges for the rest of their lives. We just heard her talking about how if you have a felony that never goes away, any time that you apply for a job or housing you have to mark that you were in trouble for a felony so I really feel bad for people,” Grimes said. “They’re trying to get back into the community, and maybe they do want to make things better and change their life, and they know that they made mistakes. And for them to have those walls up all the time must be very frustrating for them. So I think this is really good because it helps to educate our community members about that.”

Grimes later told Gila Valley Central that if individuals didn’t get to enter the challenge this time, the GCSAC is intending on bringing the Reinvent ReEntry group back once again.

“We’re talking about bringing them back again at another time in a few months down the road, so we can get out and talk to people about what they experienced today and get them interested in attending next time.” 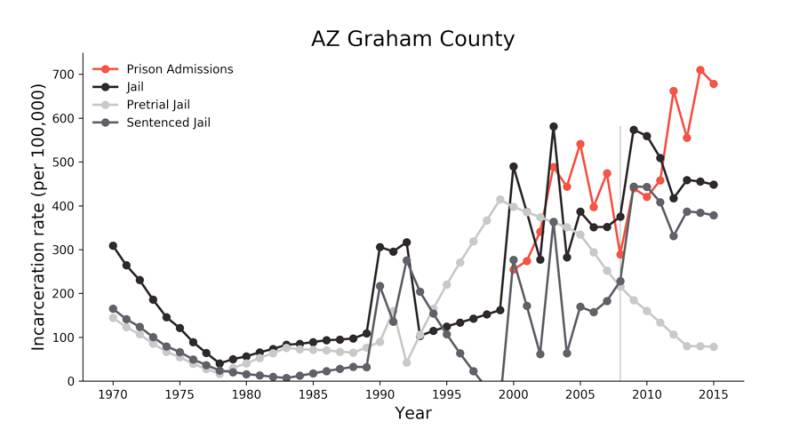