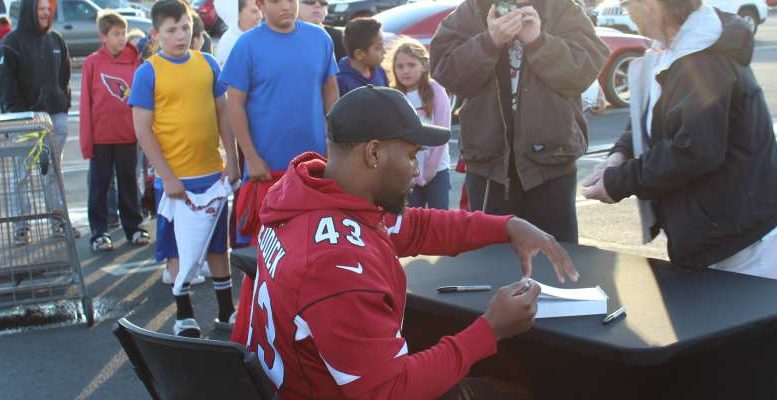 SAFFORD- With the temps dipping low and a chill breeze in the air, it was the hard core fans who came out to see the Cardinal’s Big Red mascot, and Cardinals Linebacker Haason Samir Reddick.

Located at the Safeway parking lot in Safford, the Cardinals Caravan set up their tent in the blustery winds on Wednesday afternoon.  Reed Richins, owner of Double R Communications, helped orchestrate the visit of the Cardinals Caravan this year. Richins told Gila Valley Central that, unlike past years, the Gila Valley was visited by a Cardinals player, who was flown into the valley by helicopter.

“The cardinals do this caravan every year. This is the first time they’ve brought a player. There’s never been a player. He flew in on a helicopter at the Safford airport. Everyone else came in a car, he came in a helicopter. They wanted to promote it because we carry their games on KATO so they wanted to promote it with us, and we got a nice crowd for as bad as the whether is,” Richins said. “They normally have big inflatables they set up, and they brought them but they’re scared to set it up because of the wind. It’s a nice little turnout.” 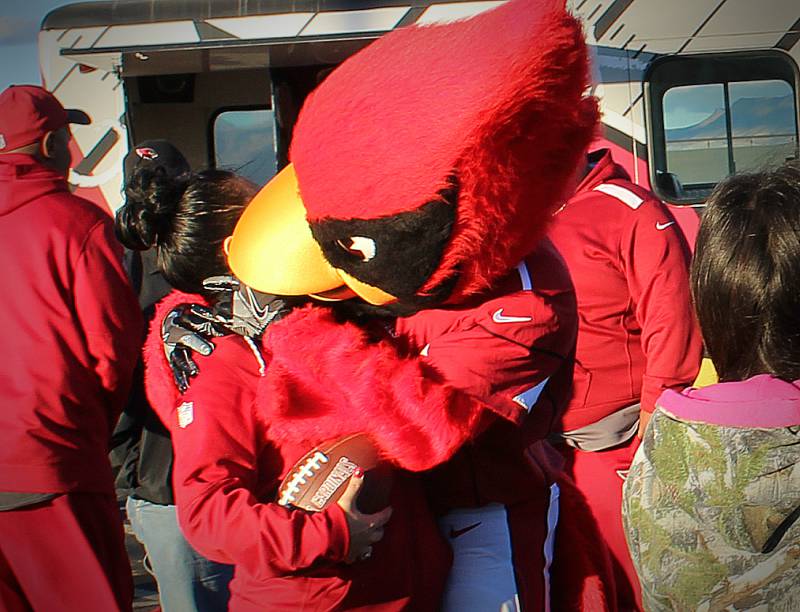 Brooke Curley Photo/ Gila Valley Central: Big Red steals a kiss from one of his fans.

Haason Reddick signed autographs from 4:00-6:00 pm. Reddick was signed on with the Cardinals on June 8, 2017. Max Eller, the broadcast and marketing coordinator for the Arizona Cardinals, said that the owner of the Cardinals has recently aquired a helicopter, making it easier for players to attend caravan events.

“This is our Cardinals Caravan, we pick different cities throughout the state. Luckily, this year we got a player. We don’t always get them, but we’re fortunate this year to get Haason Reddick here as well. It’s just a good opportunity to get to the cities where not all the fans out here can come to the events in Phoenix and games in Phoenix, and it’s a good chance to come out here and say, ‘Hi’ to them. We truly are a statewide football, not just city football. It’s awesome, it’s a good turnout,” Eller said. “Recently, our owner has a helicopter, and he flies the players out. So it’s been a little more feasible recently.” 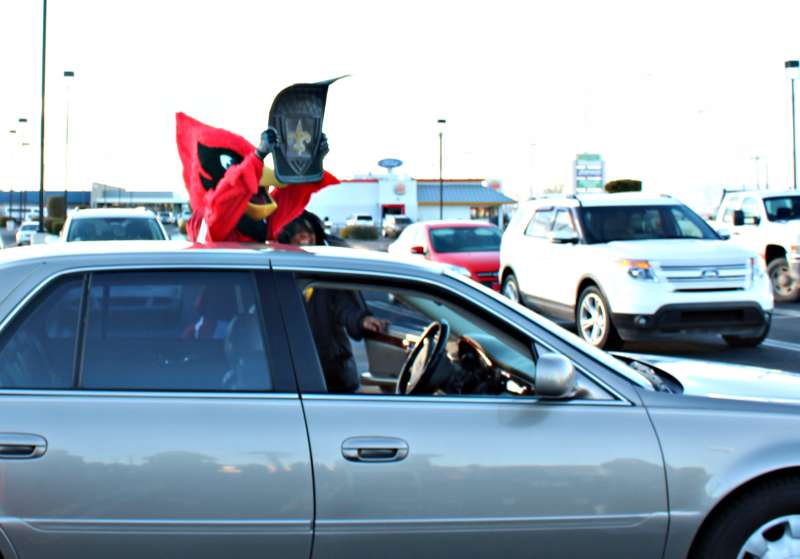 Richins told Gila Valley Central that at one point, Cardinals fans were lined up from one side of the parking lot to the other. Each fan had their named signed by Reddick, as well as two of the Cardinals official cheerleaders. At 6:00 pm the caravan was finished and the crowds dispersed.