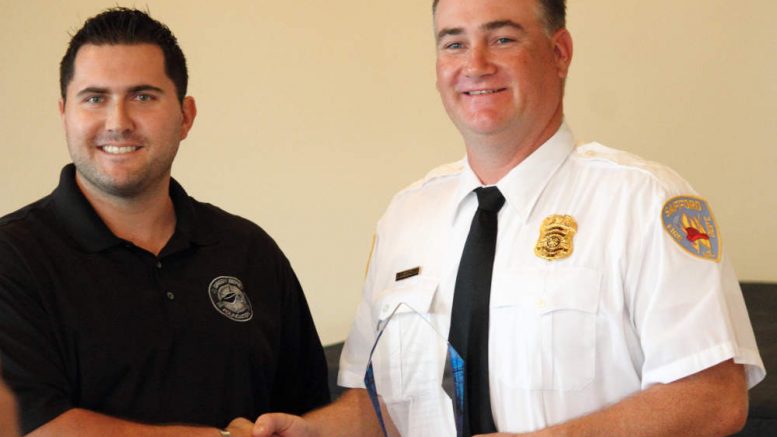 SAFFORD – Killer bees stung collapsed Andrew Kunz more than 400 times. Other responders couldn’t pierce the onslaught, but Safford Fire Chief Clark Bingham rushed into the gully and shielded the child with his own unprotected body – although Bingham himself was allergic to bees.

The Pride of Safford Committee awarded Bingham for his decisive, lifesaving action at a ceremony held at the Safford City Annex on Thursday evening. According to the nomination written by the committee, doctors said that had Bingham waited for a backup fire truck and bee suits, 11-year-old Kunz would have died Feb. 20. 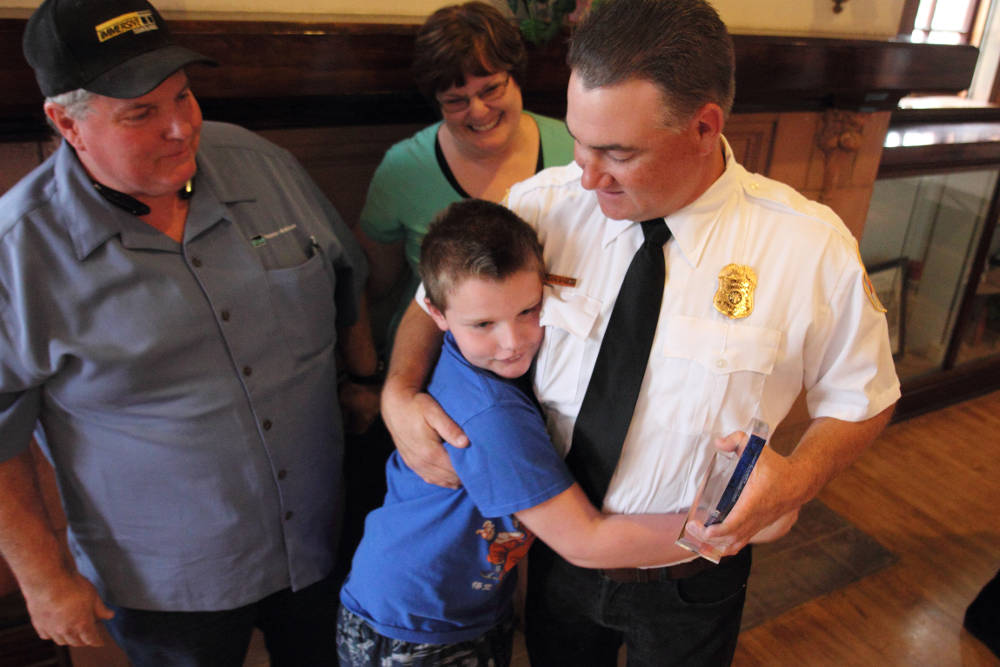 Committee member Carl Vessels introduced the award, saying the Safford City Council created the award over 20 years ago when they realized that the key to making Safford a great place to live is its high-quality people.

“They said, ‘we’ve got to recognize the unsung heroes,’” Vessels said. “(The Pride of Safford Award) has remained the most prestigious award that is given in the city.”

The committee wrote a nomination for Bingham that describes the routine, by-the-books call that rapidly collapsed into a crisis requiring instant, fearless action. According to the committee, Clark made a difference that day by repeatedly taking decisive tactical action to rescue Kunz despite substantial personal risk. 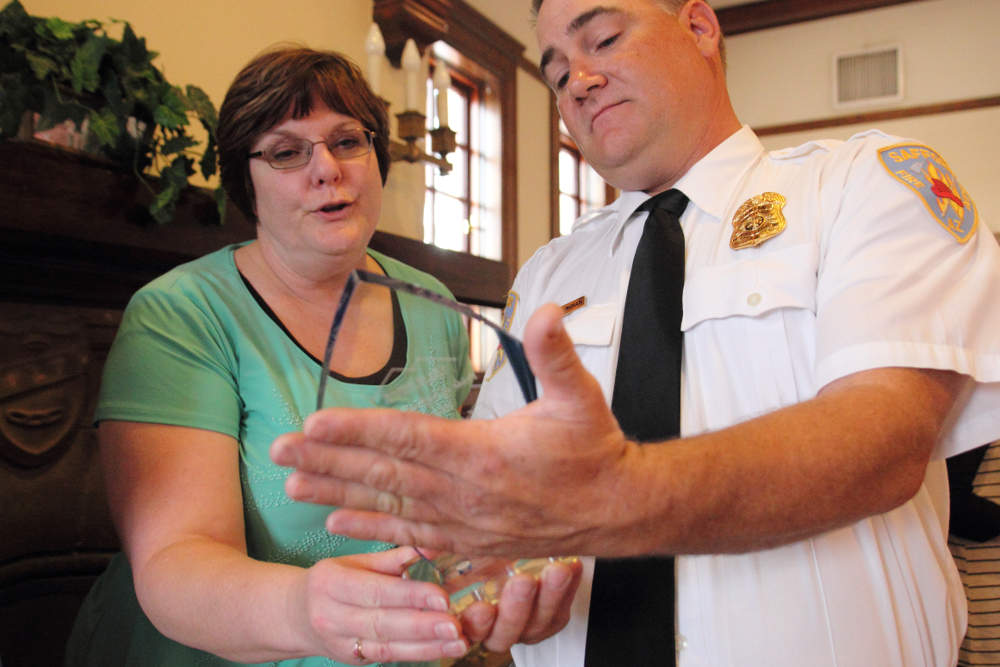 Eric Burk Photo/Gila Valley Central: Clark Bingham and Petrea Kunz, Andrew’s grandmother, admire the Pride of Safford Award. The award reads, “Thank you for your invaluable volunteer service in the community and helping to make the city of Safford a great place to live, work and visit.”

“The quick and effective dangerous action taken by Chief Clark Bingham went above and beyond the call of duty and is in keeping with the finest traditions of the Fire Service” said Safford City Councilor Chris Taylor, who serves as the committee’s chairman.

Bingham said the praise surrounding his action is a little overwhelming. In a career where tragedy is normal, he is glad to see happy endings. 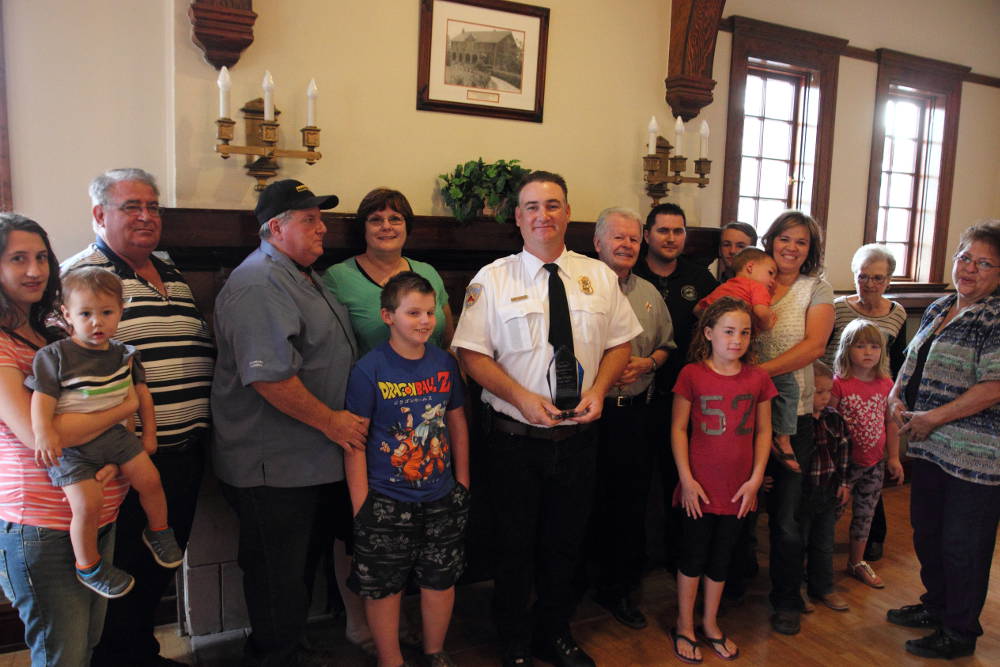 Bingham emphasized that the response from the Safford Fire Department was exactly what it should have been and that they will be just as well prepared next time.

“I think myself and the guys take the job very seriously,” he said.