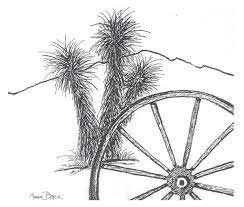 SAFFORD — The Graham County Historical Society announced that its annual Fall Symposium has been cancelled.

Also cancelled is the annual fall trek, where history buffs can join for an excursion to an area of the Gila Valley of significant historical importance.

Like other nonprofit groups, the Historical Society has seen multiple events and fund-raisers cancelled due to COVID-19. The first occurred in the spring when the Graham County Wine, Art and History Festival, put on in conjunction with the Graham County Chamber of Commerce, was put on hold until 2021.

But Hal Herbert explained that the Historical Society has come up with something new to keep the area’s history alive for its residents.

“Instead we’re going to issue a real fancy, glossy, six- or eight-page publication, with some articles in it about Graham County history. And with the latest information about the preparations and the work about what we’re doing to construct a new museum,” he said during a recent appearance on Voice of the Valley.

The society lost its home when the old Thatcher Middle School — the museum’s previous home — was demolished to make way for the current middle school.

The old Safford Carpet building has been donated for use as a museum; however the land on which the building is to be placed is at the Graham County Fairgrounds and the society is raising funds to reconstruct the metal building on the allocated land.