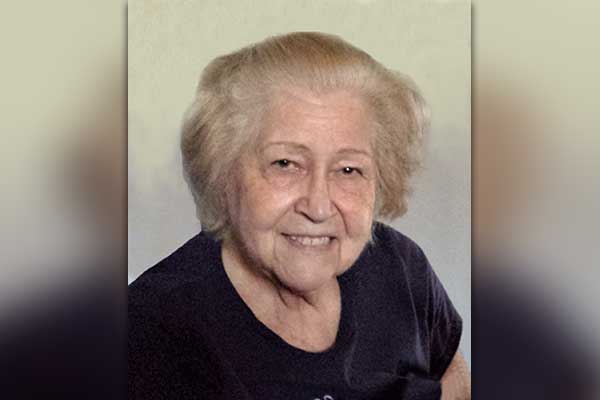 Emilia Lozano Zukowski, formerly of Thatcher and currently of Garden Grove, California, entered into eternal rest Sunday evening, May 17, 2020, at her residence, following a brief illness. Emilia was 90.

Emily was born in Morenci on December 7, 1929. She was a miner’s daughter, to Tomas Lozano and Felicitas Lozano. She lived with her fiver brothers and sisters, Petra, Andrew, Natalia, Ignacio, and Thomas. Emily was the youngest of the six.

Emily was 8 years old when they moved to Thatcher. Her three brothers went off to fight in World War II and she wrote them weekly. She would receive letters back from her brothers and treasured them dearly. All three brothers returned and have since passed. Andrew was laid to rest in Thatcher Cemetery, Nacho in the Safford Cemetery with his wife Helen, and Thomas in the Clifton Cemetery with his wife Marie.

Emily graduated from Thatcher High School and met our father, Charles Zukowski, while attending Eastern Arizona Junior College. They later married and relocated to Grand Rapids, Michigan. In the early 1950’s, they moved back to Thatcher and bought a house in Safford, with three daughters Linda, Debbie and Dianne. They later had three more children, all boys, Chuck Jr., Andrew and Ron.

Emily was a hard-working mother of six, worked at JCPenney’s on Main Street in Safford for years selling shoes and even found time to help make drapes for the Catholic church during Easter. Her husband Charles, a World War II wounded veteran who served under General Patton, was active in the church and worked at Longs Furniture.

In 1967, they moved to California where she continued to work at JCPenney and raised her children. Her oldest daughter, Linda, married and moved to Oregon. In 1969, they moved briefly to Missouri where, Debbie, one of her daughter’s, married and remained. They returned to California in 1973 and that is where she remained until her passing. Three more children married, Dianne, Chuck and Andy, where later Chuck moved to Colorado. Her husband later passed away in the early 1990’s.

Emily’s visits were frequent to Thatcher to visit her mother and her brothers until her passing. She loved to climb the hills of Morenci and was an avid rock hound, always collecting more rocks and stones than she could carry.

Funeral services for Emilia will be conducted Thursday morning, June 4, 2020, at 10:00 a.m., at Vining Funeral Home’s “Chapel of the Valley.” Committal will follow in the Thatcher Cemetery.