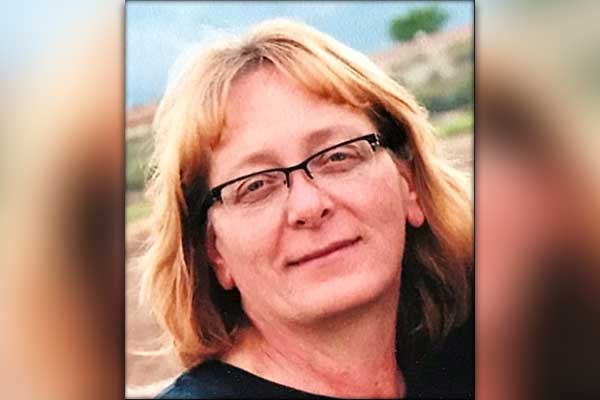 Ronnie McEuen DeHaan, a longtime resident of Casa Grande, AZ, passed away in her home, surrounded by her family, on May 26, 2020.

Ronnie was born January 28, 1966 in Safford, AZ to parents Ronald and Carol Bowman McEuen.  Ronnie was the fifth generation born to Graham County pioneers and she loved doing genealogy and “meeting” family members around the country.  She went through Safford Schools and was a member of the class of 1984.

She was an extraordinary athlete excelling at volleyball and softball.  She won an MVP award in a tournament that she was technically too young to be playing in.  She loved animals and as a child she spent hours with her family’s horses, mules, donkeys and cats. Her favorites were her baby goats, especially Cheeva. She would put an electric blanket out for her cats, and they saved several calves that the dairies would have normally had to let go.  Her heart was huge for animals.

Ronnie loved being outside and she and the neighborhood kids, including her cousin Julie Bowman and the John kids – Kelly, Kimmer, Mike and Stephanie had a great childhood building forts and just running wild.

She met David DeHaan when he was passing through Safford on his way to a hunt, which was a huge part of their lives.  Together they raised two children; Adam Curtis and Rebecca McEuen DeHaan.

Ronnie became a CNA, but changed her career plans and went through
COTA. She worked for the Arizona Department of Corrections at both Fort Grant and in Florence, AZ.  After she and David married, they made their home in Mesa where David had a thriving business as a third generation bovine podiatrist at the dairies in Pinal and Maricopa counties.  Ronnie and David worked as a team, with Ronnie taking care of the business while at home with Adam and Rebecca.  As the dairies starting moving away from the encroachment of new housing, they relocated to Casa Grande.

Ronnie was an excellent homemaker and took care of her beautiful home which always had an open door policy for her children’s friends, family and their many employees who are considered family.  Ronnie was also an excellent cook and while Adam played football in high school, Dave and Ronnie were known to help provide delicious meals for the team. She grew chile tepins, which isn’t easy, and along with their own greenhouse tomatoes, made her famous salsa.

Ronnie had a great wit, which kept her family laughing.  She had many hobbies including reading, gardening, cooking, genealogy, and photography.  She started photographing cemeteries and posting the headstones online to sites such as “Find a Grave” when she discovered that it was a service to family members who couldn’t travel to see their ancestors’ graves.  She really enjoyed this and would search for long forgotten cemeteries then make the trek to record them.  Ronnie had many talents, including writing.  She was one of the early bloggers, writing her “Chicken Tales” for us to enjoy.  They were hysterical stories about her chickens. She never had any formal training on computers, but she was able to build her own, including an elaborate security system.  She spent a lot of time in her “command center” working on the business, writing, researching, and keeping an eye on their property.

Ronnie was a voracious reader, taking after her dad.  She was mainly interested in non-fiction, which gave her a vast knowledge of a wide-range of topics.  However, she was a little impatient and could get bored easily.  When we asked why she stopped a certain hobby or interest, she said she could write a book on how to do anything half-way, but when you got to the half-way point, it would be blank.”

She kept us on our toes, like when mom left her a note telling her to vacuum the house, but she didn’t spell it correctly – who does?  Ronnie, as a teenager at the time, told her that when she could spell vacuum correctly, she would then vacuum.

In 2012 David and Ronnie’s world stopped turning when Adam was killed at age 23.  She was also diagnosed with breast cancer which started the eight-year battle she finally lost.  She fought breast, bone and brain cancer so she could be there for her family.  She devoted her energy to her family, including her six grandchildren as they were the highlight of her life. She was also proud of her daughter Rebecca’s commitment to the family business, where she is carrying on the family tradition as a fourth-generation hoof trimmer and one of the few females in the industry.

Ronnie is survived by her husband, David and daughter Rebecca. She leaves behind five grandsons; Addison, Aden, Andin, Adrian and Levi, and one granddaughter Lilye, along with her daughter-in-law Jennelle.  She is also survived by her mother, Carol Bowman McEuen, sisters Donna (Steve) McGaughey, Carin (Bob) Hiatt, Laurie Pennington, her brother Marion (Junko) McEuen and very special friends Jason and Jenny Bowers who they considered family.

She is preceded in death by her grandparents Carl and Lois Bowman, Mildred and Louie Long and Clayton McEuen.  We know she has been reunited with them along with her son Adam, father Ronald, and nephew Tommy Clonts.   As per Ronnie’s wishes, no services will be held.  A private family interment will take place in the Safford Cemetery at a later date.