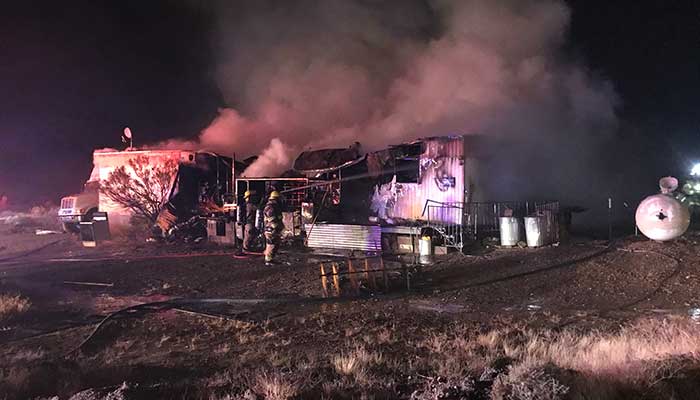 Pima Fire responded to a mobile home fire in the early hours of Christmas Day. By the time authorities and fire fighters arrived the mobile home was completely engulfed in flames. The woman who owned the home said that she was sitting in her living room when she heard sounds as if something was trying to get into the house. She explained that she had been having problems with animals getting under the house and chewing on the wires.

The woman got up and looked down the hallway and saw flames. When she realized the house was on fire, she got out. A neighbor living in a 5th wheel nearby said that he was asleep when he heard what sounded like fireworks. He looked outside and saw the mobile home engulfed in flames. He then went outside to make sure the mobile home’s resident was okay.

The homeowner told authorities that she did not have home insurance. A deputy gave the woman a ride to a motel where she got a room for the night.