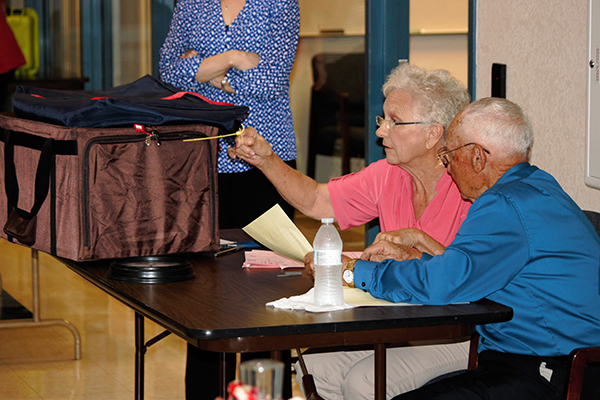 Jon Johnson Photo/Gila Valley Central: Election ballots being inspected before being counted. Results are in for the primary election.

GRAHAM COUNTY – The polls for the primary election have closed. The following is a summary of election results for local and state offices. All results are unofficial until canvassed.

Graham County Elections Director Judy Dickerson said the polls operated smoothly and reported no excessive long lines but rather a steady stream of voters throughout the day.

“It went smoothly and we had a good turnout,” Dickerson said. “There were no issues at the polls.”

There were several uncontested races and a few that were decided in the primary. 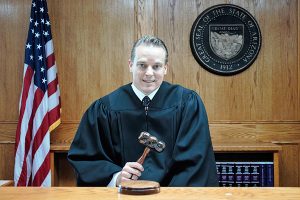 Peterson was previously appointed to the bench by Governor Doug Ducey to serve out former Judge R. Douglas Holt’s term until the next available election.

There were three Republican candidates for District 1, Jacque Attaway, Jarom Lunt and Justin Mack, looking to fill the shoes of former supervisor Drew John, who is running for the state legislature.

Gila Valley Central has called the primary for Lunt with 409 votes over Mack with 368 votes and Attaway with 327 votes. Lunt will face Democrat Paul David, who received 728 votes, in the general election.

Lunt told Gila Valley Central that he intends to cross the divide between party politics and unite the people.

“Even though we have to run as a Democrat or a Republican, when it comes down to it, a lot of things what we do don’t have so much to do with whether we’re a Democrat or Republican,” he said.

In addition to his various public service efforts in the past, Lunt said he believes his business acumen also lends itself to his position that he is a good candidate for the job.

“I started a couple of businesses on my own and there’s a lot of decision-making skills in running a business that I think will prove valuable as a government official,” he said. “I think people are looking for that regardless of party affiliation.”

David expressed his appreciation to all the candidates in an e-mail to Gila Valley Central.

“I have great empathy for all the local candidates who ran but were not elected,” David wrote.  “It takes courage as well as a considerable investment of time and money to run for office.  The final vote tally is very public yet feels very personal.    Justin Mack and Jackie Attaway trailed by a small margin.  I wish them both well in their business and family endeavors and thank them as well as all the local candidates for running clean and civil campaigns (as opposed to some state and national candidates).” 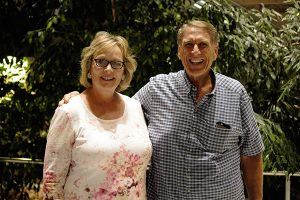 Danny Smith (R) was unopposed and retained his seat.

Mary Bingham (2,466 votes) beat Ted Prina (2,060 votes) for the Republican nomination for Treasurer and will face Debbie Burnett (D) in the general election.

Incumbent Chris Gibbs led the way with 919 votes to 824 votes for Jason Kouts and 181 votes for Robert Haynes. However, Gibbs did not meet the threshold of 50 percent plus one (965 votes) and therefore will face Kouts in the general election in November.

In a four-way race for three open seats, newcomer Chris Taylor garnered the most votes with 1,247. Incumbent Richard Ortega was reelected right behind him with 1,243 votes. Mike Andazola edged out Jay Curtis for the last seat, 1,002 votes to 930 votes. According to Safford City Council’s election formula, the candidates needed at least 739 votes to win a seat.

Steve McGaughey, who was previously appointed to the council, ran unopposed to complete his 2-year term and received 1,667 votes.

In a press release to Gila Valley Central, Taylor said his online presence versus traditional print media advertising likely was a difference maker.

“I am absolutely humbled by the results of this election,” Taylor wrote. “I set out to garner around 900 votes and was hoping for a third-place finish.  To end up with 1,247 votes and become the top vote getter as a newcomer was astonishing to me.  I have to attribute much of my success to a steady and consistent online presence.  Many people criticized that strategy, but having a military background in disseminating information, I was able to gauge the most effective way to reach the maximum amount of people with my message.  Times have changed, social media has become the number one way people receive information.  My ability to understand that and use it to my benefit proved to be the difference.  The fact that my message resonated so well with the voters and my general publicizing of the race were some of the reasons we had such a high number of ballots cast opposed to recent city elections.”

Taylor also took time to thank the other candidates and his supporters.

“I look forward to serving as a Safford City Councilman, and I am anxious to hit the ground running,” he wrote. “I’d like to congratulate the other candidates on their victory and thank them for keeping our race 100 percent clean and positive.  Each of them conducted themselves with the utmost dignity.  Thank you to all of my supporters, especially my wonderful family.  I could not do it without them.”

There were four seats up for election and four candidates, Mayor Bob Rivera, D. Wayne Griffin, Aaron Allen and Randy Bryce. Griffin received the most votes with 840, followed by Rivera with 806, Bryce with 775 and Allen with 772.

There were three seats available and three candidates, Jesus “Chuy” Cabrera, C.B. Fletcher and Sherrill Teeter. Fletcher led the way with 401 votes, followed by Cabrera with 373 and Teeter with 255.

Challenger Jaime Alvarez (D) and incumbent Gail Griffin (R) were both unopposed in the primary and will face each other in the general election.

With 54 percent of the vote, Jamescita Peshlakal (D) beat Steven Begay (D), who finished with 46 percent. There were no Republican challengers in the mostly rural district which spans seven counties in northern and eastern Arizona. It represents eight Native American tribes including the Navajo, Hopi, Hualapai, Havasupai and the San Carlos Apache.

In an often contentious race, Gila Valley Central has called the primary for Republicans Becky Nutt (33.6 percent) and Drew John (30.5 percent). They will face off in the general election against Democrats Mike Holmes and Jason Lindstrom, who were unopposed in their primary.

McCain addressed supporters after the election was called for him.

“I promise to work as hard as I can for you, too, and to fight for policies and principles that I believe are essential to building a better future for Arizona, and America, and making the world safer for our shared values,” he said.

In a press release, Kirkpatrick called out McCain and said after five terms it was time for a change.

“John McCain has changed after 33 years in Washington and no longer puts Arizonans above his own self-interest and his political career,” Kirkpatrick said. “There are enormous stakes in this election, and I look forward to a spirited campaign that offers voters a clear choice for the future of our state and who will best represent them in the U.S. Senate.”

On the Democratic side, Tom O’Halleran beat Miguel Olivas 58.5 percent to 41.5 percent. On the Republican side, Paul Babeu (32.8 percent) bested a crew of challengers with Wendy Rogers (22.4 percent), being his closest opponent. O’Halleran and Babeu will face each other in the general election to see who will represent the largest geographic district in the state.

O’Halleran said he is the best candidate to work with both Democrats and Republicans in Congress.

“Everything I’ve learned in life is you work toward solutions through unification; that leadership is about unification,” he said. “I did it on the police department. I did it in private business, and I did it for sure in the legislature.”

For his part, Babeu, who was previously outed about his sexuality, called the election a historic day for homosexual candidates and proof that Republicans weren’t intolerant.

“I want to be judged on my merit, on my performance and my contributions to my community and my nation,” he said.

This article will be updated when possible.