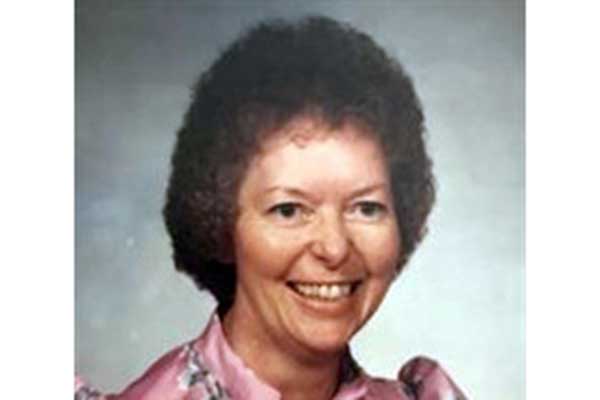 Elaine Jolley Webster, age 80, passed away on April 10, 2018, in Mesa, Arizona. She was born in Logan, Utah, on October 25, 1937, the 2nd child, and 1st daughter, of seven children born to Samuel Biggs and Mona Eliza Bowen Jolley. Elaine married Arthur Franklin Webster March 23, 1984, in the Logan L.D.S. Temple. Art passed away December 2, 2008, in Mesa, Arizona, where they spent their married life.

Elaine grew up in River Heights Utah with her siblings; Darwin, Earl, Joan, Kathleen, Lewis and Wayne. She had the usual measles, mumps, chicken pox and two broken arms. It was great growing up with our mother who always encouraged us and helped us to enjoy life with a positive attitude. And with the name Jolley, she encouraged us to be that way also.

Elaine went to elementary school, 1st grade and part of 2nd grade, in River Heights, when the school burned down and she was then taken to Providence thru 8th grade, then on to Hyrum and South Cache High School graduating in 1955, also from Seminary. While at South Cache, she was presented a Gold Cup for the “Outstanding Student in English.” She was in the “Sparta Pep Club” marching group. Elaine attended Dental Assistants Training School in 1956, in Seattle Washington, and she worked in that capacity for many years in Idaho Falls, Logan, and San Jose California. She then went to work for Memorex while in San Jose. She came back to Logan and worked as a Travel Agent until she got tired of the cold weather. On October 14, 1975, she got in her car and headed for warmer climate in Arizona, never having been to Arizona before and didn’t know a soul. She worked for Greyhound chartering buses for groups of people. She also loved taking advantage of free travel and went many places.

Elaine served a mission to the Central British Mission 1961-1962. In 1983, she was called as one of the first single Relief Society Presidents of a regular family oriented ward, Phoenix 3rd Ward. She was always very active in her church.

Art and Elaine served in the Mesa Temple for many years until Art had his stroke and couldn’t serve. That didn’t stop them, and they continued to attend the temple each week, after Art passed away, Elaine continued that tradition.

Like her mother, Elaine loved to be involved and no matter what was going on she wanted to be a part of it. She loved family reunions, parties, traveling, dancing, musicals, movies, Halloween (she had many different costumes including a Christmas tree with lights).

She was preceded in death by: her parents; her beloved husband, Art; her brother, Darwin Jolley; her brothers in-law, George Miskho and Bruce Hansen; and step-daughter, Paula Hinshaw.

We would like to thank all of you who have been so kind and loving taking care of Elaine these past few years. Especially Jeannie Reynolds and Linda Miskho. What a blessing you have been to our family.

Concluding services will be conducted also on April 14, 2018, in the Central Cemetery, Central, Arizona, at approximately 4:00 p.m.