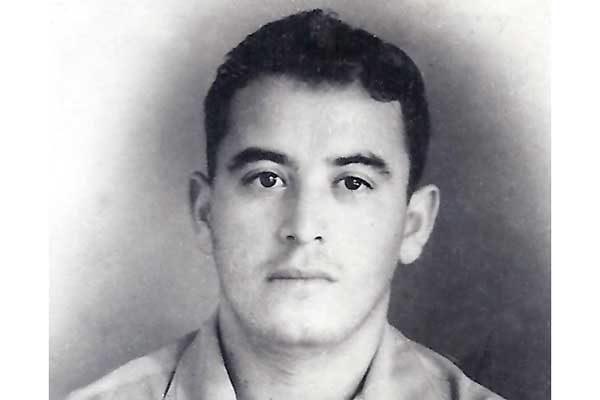 The small family moved to Morenci, AZ where Sarcito received his education.  He joined the U.S. Army on April 22, 1943 and served in WWII until December 17, 1945.  He then re-enlisted and served in the Korean Conflict until 1953 serving overseas for 25 months in England, France, Germany and the Balkans. During his service of our country, he earned the European, African, Middle Eastern, Good Conduct, Purple Heart, Croix De Guerre, Palm Hourragre and Victory Medals.

Upon returning home, Sarcito began working as a miner in the Morenci mine as a laborer, in the crusher, the power plant, as an operator and in maintenance.  On November 14, 1948, he married the love of his life, Elvira Montoya and together the raised their son, Armando Montoya Garcia.  His life was full of many events, not only serving in the military all over the world, but also surviving the Great Depression. Sarcito was known as being a survivor with a will to continue even when times were tough physically, mentally and spiritually.  He always endured the severity of life’s tribulations.

Some of his hobbies were hunting and cars.  He really enjoyed being outdoors and being with his beloved family.  He taught his family how to endure whatever life throws at you.  He also loved his little chihuahua “Baby”.

He is preceded in death by his parents, Nieves & Rosa, his brother, Juan and his loving wife Elvira Garcia.

A viewing was held on Wednesday, April 11, 2018 at Holy Cross Parish in Morenci at 9:00 a.m. with the recitation of Rosary at 10:00 a.m. and the Mass of Christian Burial at 11:00 a.m. with Father Alonzo Garcia as Celebrant.  Interment followed in the Sacred Heart Cemetery.