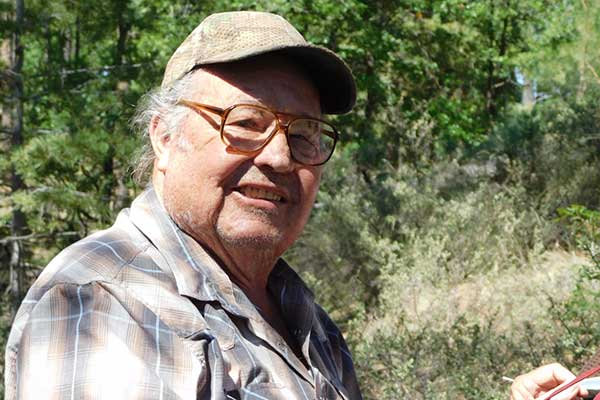 He joined the United States Army in November of 1955 and served sixteen and a half years in the Signal Corp.  Following an honorable discharge, Edward went to work at the Snowflake Arizona paper mill in 1974 and retired as a shift superintendent in November of 1999. Edward married Doris Schillings in Premecin, Germany in 1958.  Together they were blessed with five daughters, Virginia “Jeanie,” Amanda “Micie” Drinkwater, Theresa Giddeon Morris, Ruth, and Nadine. Following a divorce, Edward married LuWana Eden Ungerman on November 1, 1973, in Show Low, Arizona.  This made an addition as LuWana also had children from her previous marriage, Lindon and Leon Ungerman.  Later, Edward and LuWana also adopted Dennis, Gina Barbee Bowers, Dean, Clifford, and Andrew, in 1976. Edward was a faithful, lifelong member of the Church of Jesus Christ of Latter-day Saints.

Graveside services for Edward were conducted Monday morning, March 4, 2019, at the Hubbard Cemetery by Bishop Cord Clonts of the Solomonville Ward. Military honors were conferred by the Gila Valley Veterans Honor Guard.