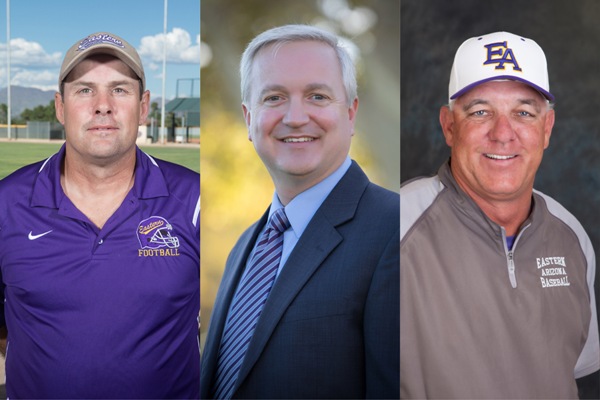 On June 13, Pima Community College announced its football program, and possibly golf and tennis, would be eliminated. While likely influenced by Maricopa Community College District’s earlier decision, officials cited budgetary reductions as the primary cause.

Eastern Arizona College (EAC) will continue to move forward with its 2018 football season; however, a careful review is underway. “Football has been a valuable component of EAC’s educational experience for many years,” states EAC athletic director, Jim Bagnall. “There are only three teams left in the Western States Football League and we must determine if a schedule is viable, if we can operate within budget, and if it is possible to maintain a balance of costs and benefits. As stewards of public funds, EAC is responsible for the financial resources it has been entrusted with and will seek answers to these questions and more prior to determining the future of football past the 2018 season.”

Eastern Arizona will open the 2018 season on August 25th.