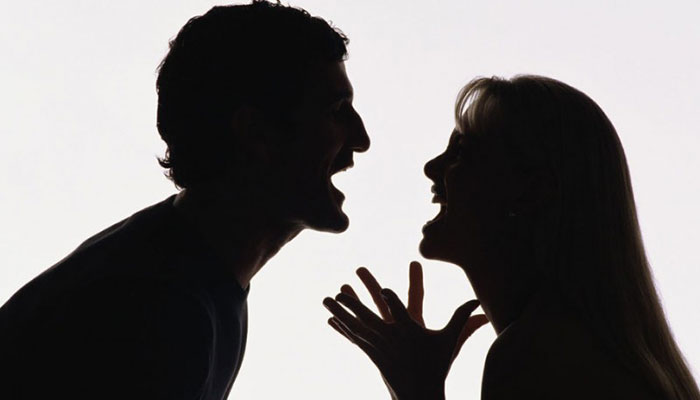 Safford – A couple was arrested Monday following a domestic dispute that was apparently started over allegations of cheating.

When police arrived, they found a man with a laceration on his head and blood running down his face. The man told police that his wife had hit him in the head with a spatula and had bit his arm. The officer noted in the police report that he could see visible bite marks in man’s left forearm. The man told authorities that he and his wife were arguing over alleged cheating on the part of the wife. The man apparently told her to leave. When she refused, he apparently attempted to get the woman’s phone from her to check messages when she bit him in the arm. As the struggle continued, the woman was able to grab a spatula and hit the man in the head. After the woman continued to refuse to leave, while threatening to take all the property with her if she did, the man finally forcibly dragged her out of the house.

When the man overhead authorities talking about arresting his wife, he changed his story, saying that he had caused the injuries to himself. The police report indicates that the man’s injuries could not have been self-inflicted, noting that the teeth indentations in the man’s forearm appeared to have the front upper teeth facing toward the man’s body. The man would not have been able to ‘reverse bite’ his own arm. An ambulance arrived to evaluate the man’s injuries, but he initially refused medical treatment and began walking away from the residence.

Authorities located the spatula in the kitchen sink and noted that it was metal, and triangle shaped, consistent with the laceration on the man’s head. No blood was visible on it.

When police interviewed the woman, she told them that her husband is crazy and that he had chased her into the bathroom where he began pulling down her shorts in an attempt to get her cell phone out of her pocket. The woman initially admitted to biting the man’s arm, but after she heard him change his story she told police that she did not know how the man got the cut on his head. She told authorities that the man did it to himself because he is crazy. She then added that the man had punched the TV and broken it.

When police asked the man if he had punched the TV he said that his kids had broken it about a month ago. Bystanders who apparently frequent the home confirmed his story.

The man told police that the argument had started because he had found out his wife was cheating on him after being together for 28 years. The man admitted that he had attempted to get his wife’s phone before dragging her out of the house.

The man was transported to Mount Graham Regional Medical Center where he received 5 staples to close the laceration in his head. He and the woman were both arrested for domestic violence, assault and disorderly conduct.