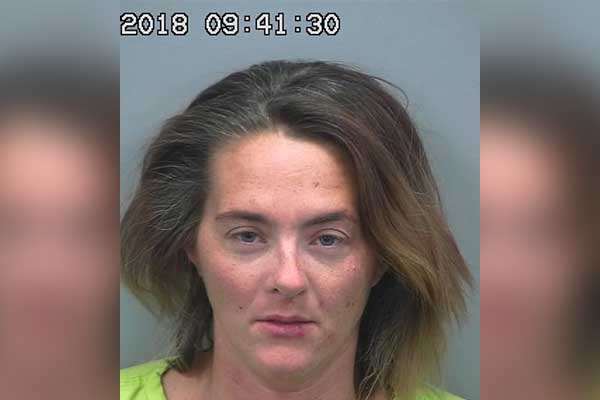 Safford – Police responded to Mount Graham Regional Medical Center Tuesday to deal with an Emergency Room patient who had become unruly. When police arrived, they found the suspect, identified as April Garcia, outside of the hospital. She had apparently been escorted out of the building by security personnel. She told authorities that she was intoxicated and said that she had been yelling at the doctors but was getting along with security. She then turned her back to police, placed her hands behind her back and said, “Arrest me.”

When police met with hospital personnel they were advised that Garcia had become unruly. She had been discharged but refused to leave. It’s unclear why Garcia was at the Emergency Room, but according to the police report, she had apparently become belligerent and unruly and was told she would be escorted out and the police called if she didn’t leave voluntarily. Garcia had apparently been yelling loudly and using profanities toward medical staff.

While escorting Garcia to the patrol car, she threw herself on the ground and refused to cooperate. Authorities advised her she was being placed under arrest. Police officers stood her up but she would not stand on her own. After double locking the handcuffs they walked her to a patrol car and asked her to get in. She refused and started pulling back. One of the officers pushed Garcia into the patrol car and she kicked him in the face with her foot. An officer on the opposite side of the car try to restrain her and pull her into the vehicle. As he pulled her toward him, she swung her legs over her body and kicked the officer in the head, knocking off his hat and camera. The officer held onto Garcia’s legs as she continued to thrash and yell. Another officer retrieved a leg hobble and after several attempts they were able to restrain Garcia’s legs. One officer sustained visible injuries to his face. The area around his nose began to swell and his left eye showed signs of darkening. A shoe impression could be seen on his face.

Garcia was kept in a restraining chair and continued to yell during the booking process. She was booked on disorderly conduct for her behavior at the hospital and for two counts of aggravated assault on police.