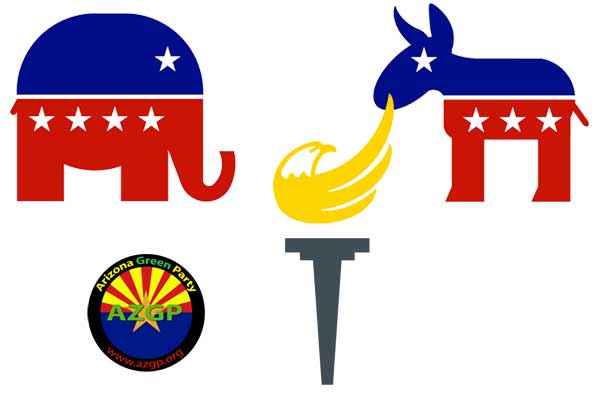 PHOENIX – Secretary of State Michele Reagan has formally announced that the Arizona Democratic, Libertarian, and Republican Parties have retained their status as “continuously represented” political parties in Arizona.  The designation entitles those parties to automatically appear on the 2018 general election ballot for federal, state and legislative elections.  The Arizona Green Party, still considered a “new” political party under Arizona law, is likewise recognized for official political party status through the 2018 election cycle.

A political party is entitled to continuous representation if either the party’s candidates for presidential elector in the 2016 general election received at least 5% of the total votes cast for presidential elector; or the party had at least 0.66% of registered voters statewide as of October 1, 2017.  The Democratic, Libertarian, and Republican Parties have met this criteria and therefore will retain their status as continuously represented parties this cycle.

The Arizona Green Party is a “new” political party and retains its recognized status under different provisions under Arizona law.  The Green Party will be recognized through the 2018 election cycle, after which it will be required to either meet the criteria for continuously represented parties or file a sufficient number of petition signatures with the Secretary of State in order to be recognized for the 2020 elections.