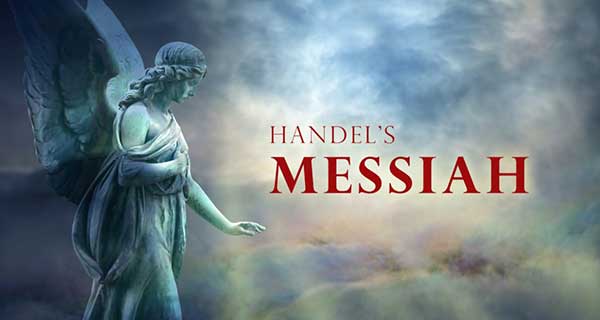 THATCHER, Ariz.—Eastern Arizona College’s Fine Arts Division will host its 83rd annual performance of Handel’s Messiah on Sunday, December 8, 2019, at 7:30 p.m., in the Fine Arts Auditorium. Admission to the concert is free.

First premiered in Dublin, Ireland in April 1742, Handel’s Messiah has become a beloved tradition still performed today around the Christmas season, to honor the life of Jesus Christ. George Frideric Handel was a baroque composer, born in Halle, Germany in 1685. He began developing his musical talents at a young age and grew to be a skilled performer on the violin, harpsichord, and organ. He started composing at the age of 10, beginning with church cantatas and chamber music, eventually advancing to operas and oratorios.

Messiah is undoubtedly Handel’s most famous piece, and easily the most recognizable.  In 1735, Dublin’s Lord Lieutenant authorized Handel to compose a new oratorio using the biblical libretto created by Charles Jennens. Jennens hoped Messiah would act as a statement of Christ’s Divinity and help revive the commitment to religion that had decreased in popularity with the rise of rationalized atheism. Upon invitation, Handel left for Dublin to give a season of concerts and to consider the direction he wanted to pursue in his music career.

Handel arranged the first performance of Messiah for April 13, 1742. Excitement and anticipation were only heightened after the rehearsal on April 12, and advertisements requested that ladies would attend ‘without hoops,’ and that ‘Gentlemen are desired to come without their swords in order to increase the capacity of the hall.’ Messiah’s premiere was a success. Susanna Cibber was the alto soloist and had attracted scandal in the past, however; legend tells that her moving performance of ‘He was despised’ moved Dr. Patrick Delany, and Irish clergyman, to jump to his feet and exclaim ‘Woman, for this, be all your sins forgiven.’

“Handel’s Messiah has uplifted people since the day of its debut,” said EAC choir’s director Gideon Burrows. “It continues to move people of all ages today through its inspiring lyrics and our community’s talented performers.”

This year marks the 83rd performance of EAC’s on-going tradition of Handel’s immortal oratorio. A large crowd is expected for Messiah, so plan to arrive early. The concert is a worthwhile tradition that will not want to be missed. For more information, contact Burrows at (928) 428-8464, or gideon.burrows@eac.edu.