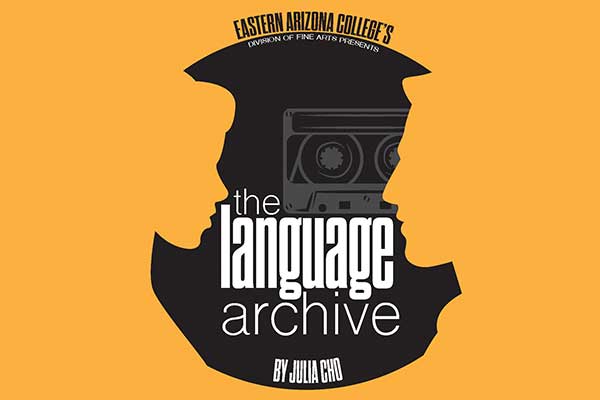 Thatcher, Ariz. – Eastern Arizona College’s Division of Fine Arts presents playwright Julia Cho’s comedy “The Language Archive,” winner of the Susan Smith Blackburn Prize for Women Playwrights. The play will run from Nov. 6 – 9 at 7:30 p.m. at the Fine Arts Auditorium. This will be a first-time collaboration for technical director Greg Owen and performing arts department chairman Dale Young, both of whom started at EAC this August.

“We are two artists working together for the first time, but we’re also brand new to the department and to the school,” said Owen, who is also associate professor of production and design in the College’s theatre department.

“I’ve been in theatre for almost 30 years,” said Owen, who came here from Wyoming via Michigan. “I’ve been in academia since 2005, but before that I have a full resume of theatre and film, ballet, and opera – all the performing arts.”

“I started acting professionally when I was 15, and have been doing it for just over 40 years,” said Young, who came here from Massachusetts. “I’ve lived all over the country; most actors live a kind of migratory lifestyle.” Young has been teaching since 1988, at the collegiate level since 2001. He teaches acting, directing, voice and diction, and introduction to theatre.

“Part of the reason I came here is because of the support for the arts institutionally, but also throughout the community,” said Young. “It’s kind of mind-boggling to think that this school has been doing theatre for well over 100 years, which is a great tradition to have.”

As they worked on the set for “The Language Archive,” Owen said: “Normally the audience sits out in the house, but this time around we’re going to bring them up on stage for more intimate theatre.”

A quirky, comic drama about communication, “The Language Archive” features a linguist at a loss for words, especially the vocabulary of the heart. Balanced between affection and adversity, it is the whimsical, life-affirming chronicle of a brilliant scientist who fights to preserve the dying languages of far-flung cultures, only to neglect the promise and passion of his own.

“Preparing for this play has been a challenge because we normally get an eight- to 12-week process,” Owen said as he and Young worked on the set. “Now it’s like the scary is multiplied, but we’re not shying away from what we need to get done. We’re used to the scary; I embrace it because it makes good art.”

“The students here are just amazing, and have been a dream to work with,” said Young. “I’m excited about where we go in the future with this program.”
“Students here are among the most driven and focused,” said Owen. “They’re here because they want to be, and they’re hungry to learn theatre.” 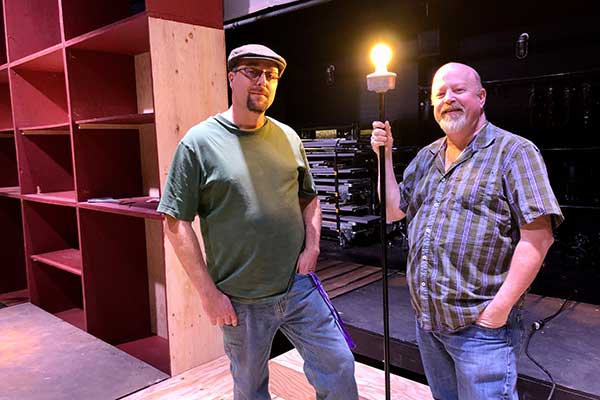