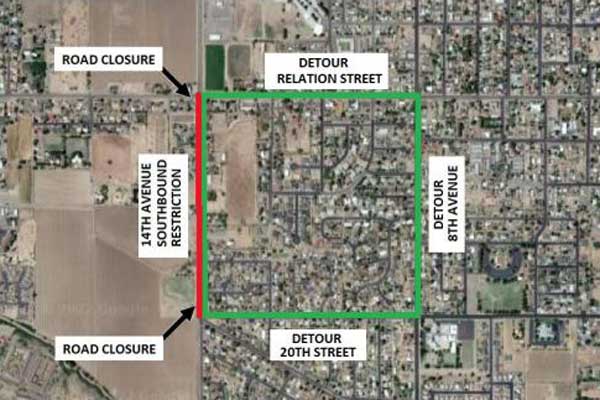 SAFFORD — On its social media, the City of Safford announced two traffic changes due to construction projects.

The closures will take place Monday through Thursday, with the street re-opened Friday through Sunday.

The closure will run through Oct. 10, while crews continue the extension of the reclaimed water line running from the city’s wastewater treatment plant to Graham County Fairgrounds.

The city also announced that the single-lane of traffic on 20th Avenue between Relation Street and Golf Course Road will move from the west side of the roadway to the east starting Wednesday, Sept. 28.

The change will reduce the lane size from 11 feet in width t 10 feet, so drivers are recommended to find an alternate route if possible.

The change will remain in place until the improvements to 20th Avenue are complete.