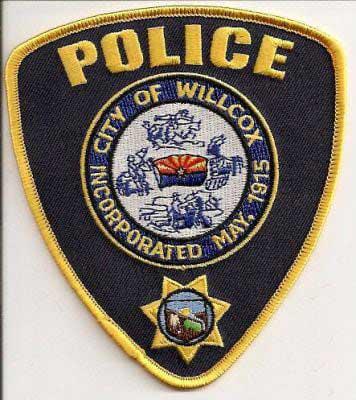 WILLCOX — A suspect in the detonation of a pipe bomb in Willcox has been taken into custody.

Agents with the Bureau of Alcohol, Tobacco and Firearms, with assistance by Willcox Police, arrested Ronald Stroud, 30, of Willcox.

The bomb exploded in the area of 100 N. Curtis Ave. in the evening of Sunday, Sept. 18. There were no reports of injury.

Willcox Police and ATF agents investigated and, with the help of security cameras in the area, saw Stroud allegedly exit his white Cadillac near the area of the detonation.

The U.S. Attorney’s Office was able to obtain a search warrant of Stroud’s home, and police and agents reported finding evidence of his involvement and additional bomb making.

On Wednesday, Sept. 21, Stroud was taken into custody and booked into Cochise County Jail.

In a prepared statement, Willcox Police Chief Dale Hadfield said he was proud of the effective work by his officers.

“I would also like to thank the ATF. Their agents did an amazing job, from their assistance on the initial scene to the presentation of the case to the U.S. Attorney’s Office and their execution of search warrants,” Hadfield said.