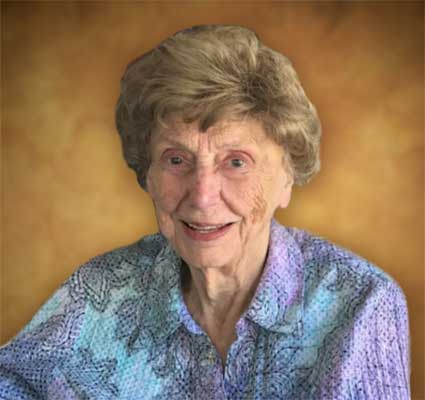 Dorothy M. Armbrust passed away in her Chandler, Arizona residence on September 23, 2020, at the age of 96, surrounded by her two loving sons. She was born in Buellville, located in the town of Pompey, New York, on September 13, 1924. She was the daughter of Charles and Gladys Bishop. She was the youngest of 4 children having three older brothers; Don, Bud, and Richard Bishop, all of whom preceded her in death.

Dorothy began her work career at Niagra Mohawk Power Company in Syracuse, New York. She then took employment with Precision Castings Company (Accurate Die Casting) in Fayetteville, New York, as a secretary. Late in her work career, she was employed by Dey Brothers store in Dewitt, New York. Dorothy resided in her Fayetteville home 64 years until 2018 when health issues resulted in her relocation to Arizona to be close to her two sons.

Dorothy was also preceded in death by her husband Curtis K. Armbrust in 1990, and her daughther-in-law, Debbie Armbrust (Jim) in 2017.

A private celebration of life and a family gathering is being conducted in Mesa, Arizona, on Friday, October 2, 2020. Funeral services will be conducted on Monday, October 5, 2020, at 2:00 p.m. (EST), at Eaton & Tubbs Funeral Home in Fayetteville, New York. Burial will be in the Fayetteville Cemetery.