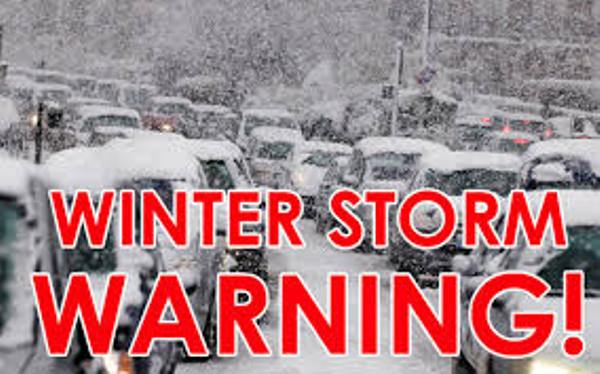 Although no official press release or statement has been made by the Arizona Interscholastic Association about Friday’s games in Prescott Valley, several coaches have said via text and social media that they were told this morning that there will be no change in the time or venue.

One social media post even goes as for to say that their administration was told by the AIA that if they don’t show up for their scheduled game, they would be forced to forfeit.

Fort Thomas, Pima and Thatcher boys teams all are scheduled to play on Friday in Prescott Valley where the forecast calls for up to 25 inches of snow and a low of 11 degrees.

The Arizona Department of Transportation (ADOT), Department of Public Safety (DPS) and the National Weather Service (NWS) have all issued travel warnings for Thursday and Friday above 3000 feet in Northern Arizona.

The NWS-Flagstaff published this graphic for public safety, concerning the storm. 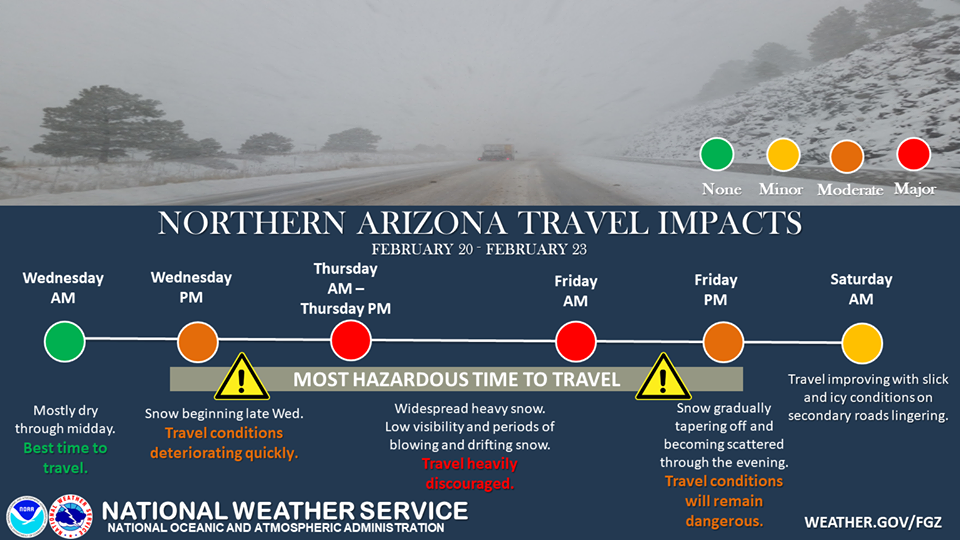 Pima High School Athletic Director Travis Hawkins said his team will leave Thursday morning. “I’m worried about fans getting the game,” said Hawkins. “We don’t have to drive in snow and ice, not many now how.”

Thatcher AD Don Conrad said his team is trying to leave Wednesday after practice but the school doesn’t have the $1500 needed to room the team for an extra night. There will be a meeting of the minds to try and find out how and when they will travel.

Both Athletic Directors confirmed that if the team does not show up on time or at all they will be forced to forfeit.

DPS Public Information Officer, Trooper Kameron Lee, offered this about the situation, “We are coordinating all of our efforts with ADOT and our message is the same. Postpone travel if possible, especially in the high country. Watch your speed, plan for possible closures and make sure your vehicles are in good operating condition.”