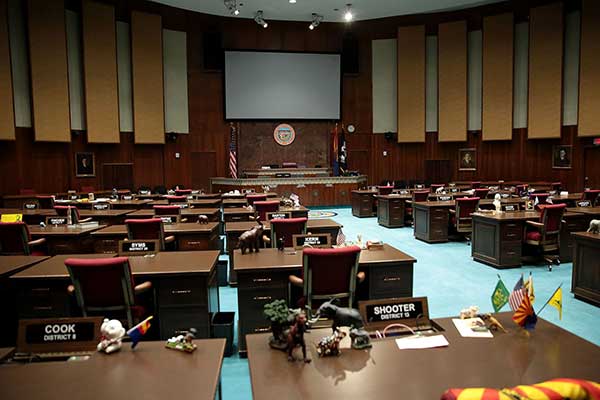 Phoenix – An estimated 600 protestors showed up to protest a bill that would repeal a law that requires doctors to try to save babies that survive abortion.

Rep. Raquel Terán, D-Phoenix, introduced House Bill 2696 that would repeal the 1975 law that states doctors must use all “available means and medical skills” to save the baby. Terán said she intended only to repeal a 2017 law that broadened the 1975 measure and blamed a drafting error for the situation.

The House Judiciary Committee debated the bill despite Teran’s request that HB2696 be held because its language does not accurately reflect her intent. The committee unanimously voted the measure down.

This is a decision that should remain with the mother and her doctor, not the government. My intent with this bill was to simply repeal the 2017 legislation. Unfortunately, I learned through my conversation w/Chairman Allen that the bill as written goes farther than my intent.

Cathy Herrod, President of the Center for Arizona Policy said, “I am proud to stand with passionate, fellow Arizonans who came to the Capitol today to stop this attempted overreach. And I am grateful for the legislators who boldly rejected this inhumane attempt to cater to abortion activists.”

Sponsored by 17 house members, HB 2696 originally would have repealed a 44-year old law requiring abortion providers to use all available means and medical skill to save babies born alive during an abortion. Herrod says that even the amended version would have left staff unequipped to carry out their duties.